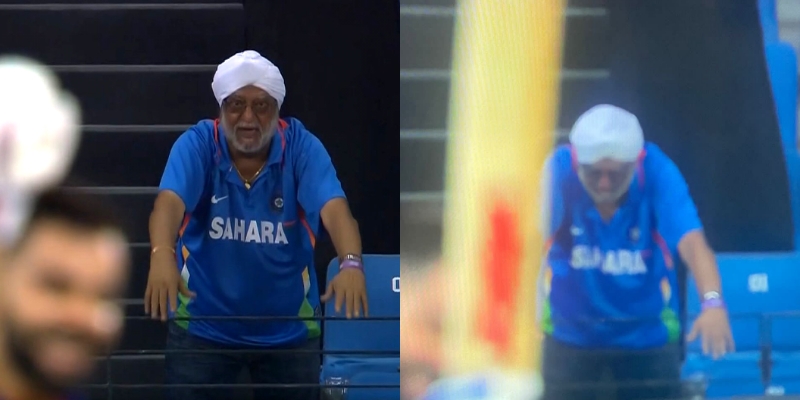 Every fans’ wish granted on the 9th of September 2022 when former Indian captain Virat Kohli scored his 71st century of his International career after a huge 2 years gap.

Virat Kohli had not been the same for the last 2 years. The man who was known for scoring a century after almost every other game, was wishing for his 71st for 2 years.

Kohli scored his 70th International century in a day and night Test match against Bangladesh in 2019. And after a huge gap of 1020 days, the King Kohli finally scored his 71st against Afghanistan in Asia Cup 2022.

The whole stood-up to applaud the former India captain, whether it is the new generation or the old generation. Such beautiful moment was caught on camera when an elderly fan in attendance bowed to Kohli after he scored his 71st century. You can watch the video below.

Virat Kohli you are a magician with the bat. Take a bow. What a hundred.🥺♥️ pic.twitter.com/pNkEzwB9oH