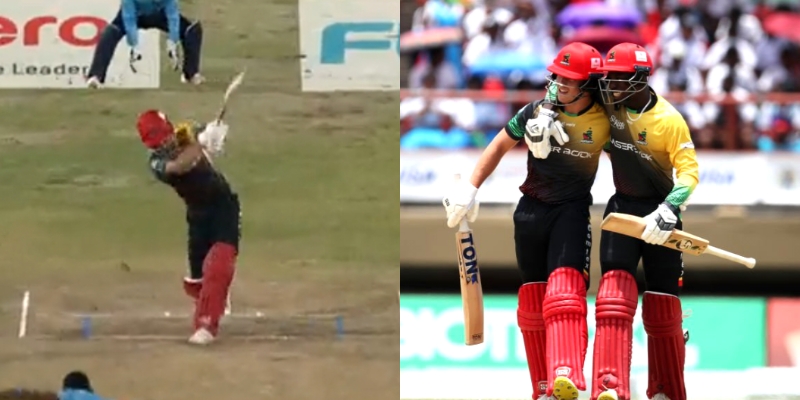 Batting first, St Kitts and Nevis Patriots scored 163 runs for the loss of 6 wickets in their allotted 20 overs. Sherfane Rutherford played a blistering innings of 78 runs in 50 balls with the help of 6 fours and 5 sixes. Apart from this, South Africa’s Dewald Brevis, who is called Baby AB because of so much similarities with South Africa legend AB de Villiers, hit 5 sixes in 5 balls and took the team to a big score. He scored 30 runs in just 6 balls.

Chasing the target, Trinbago Knight Riders could score only 156 runs in 20 overs for the loss of 7 wickets. Tim Seifert scored 59 off 47 balls and captain Kieron Pollard made 31 off 36 balls. Andre Russell scored 29 runs in 17 balls but could not win the match for the team.

Talking about the second match, St Lucia Kings, batting first, scored a huge total of 194 runs for the loss of 5 wickets in the allotted 20 overs. Captain Faf du Plessis scored a scintillating century. He scored 103 runs in just 59 balls with the help of 10 fours and 6 sixes. Roston Chase remained unbeaten on 17 off 7 balls.

However, Guyana achieved the target in 19.2 overs for the loss of 4 wickets. For the team, Rahmanullah Gurbaz scored 52 off 26 balls, Chanderpaul Hemraj scored 29 off 20 balls, Shai Hope scored an unbeaten 59 off 30 balls and captain Shimron Hetmyer contributed with 36 runs.