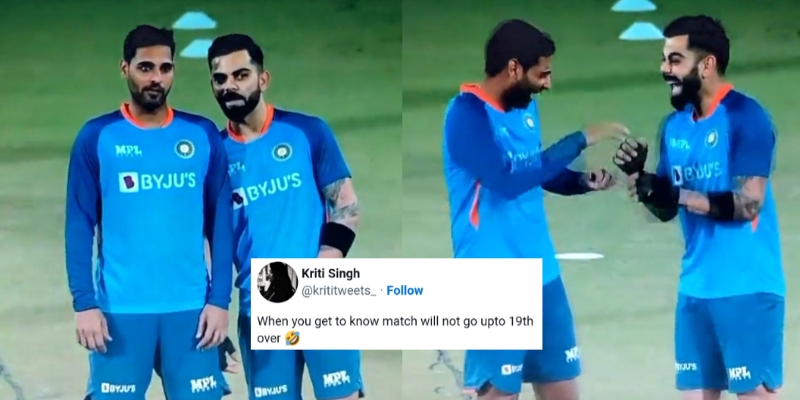 The Indian cricket team won an entertaining match at the Vidarbha Cricket Association Stadium last night as the Men in Blue recorded a 6 wickets win to level the series.

While the match was initially set to start from 7 PM onwards, the it was delayed quite a lot due to rain and wet outfield. However, finally the match started at 9:30 with 8 overs per side.

Thanks to a blistering inning from wicketkeeper batsman Matthew Wade, who scored 43 runs from 20 balls, Australia put a big total on the board, 90 runs.

India got off to a great start with India captain Rohit Sharma leading the charge. With the middle-order collapsed a little, Sharma ensured there is no further damage done and Dinesh Karthik saw the match over the line with a 6 and a four on the first 2 balls of the 8th over.

With that win, Team India have now levelled the series 1-1 after Australia had won the earlier match in Mohali on the 20th. The series decider will be played on the 25th of September on Sunday at the Rajiv Gandhi International Stadium in Hyderabad.

Meanwhile though, there is a viral video doing rounds on social media in which Virat Kohli is seen talking to Bhuvneshwar Kumar pre-match and then suddenly both started laughing for some unknown reasons. However, Twitterati took this as a opportunity to entertain themselves.

Bhuvi and Kohli laughing at haters who think they are finished 😌

Me and my bestie when I see our friend with some guy https://t.co/1WmqMBhPeh