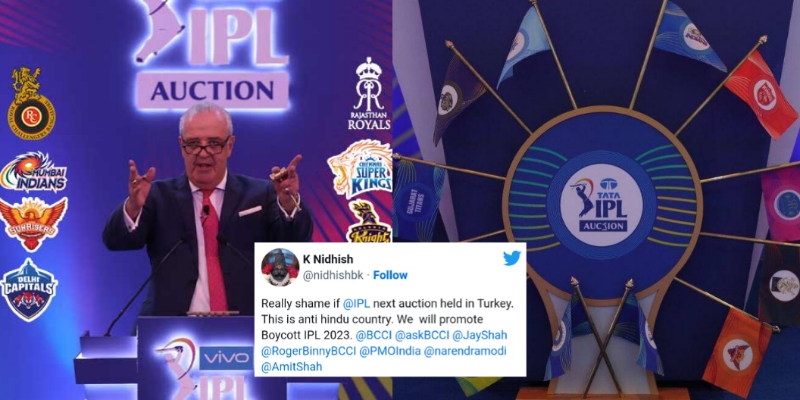 While the Indian Premier League (IPL) 2023 season is still couple of months away, the real IPL action actually begins from the IPL Player Auction and the IPL 2023 Player Auction is reportedly set to be held in December.

It is really quite an exciting time for the fans as they get to witness their favourite team build their heroes for the season live on TV.

However, while the Auction will be held in December, some news reports claim that the Auction might this time be held in Istanbul in Turkey, while Bengaluru is the 2nd option.

Meanwhile, the fans cannot understand the reason behind this and have taken to Twitter to slam BCCI and the IPL Governing Council for this.

“The fear is real, he knows Pakistan won’t win until Kohli retires” – Twitter reacts to Shoaib Akhtar calling for Virat Kohli to retire from T20 format after his heroic performance vs Pakistan
“Last time this happened, India won the World Cup” – Twitter reacts as Ireland beat England in their T20 World Cup 2022 match
To Top