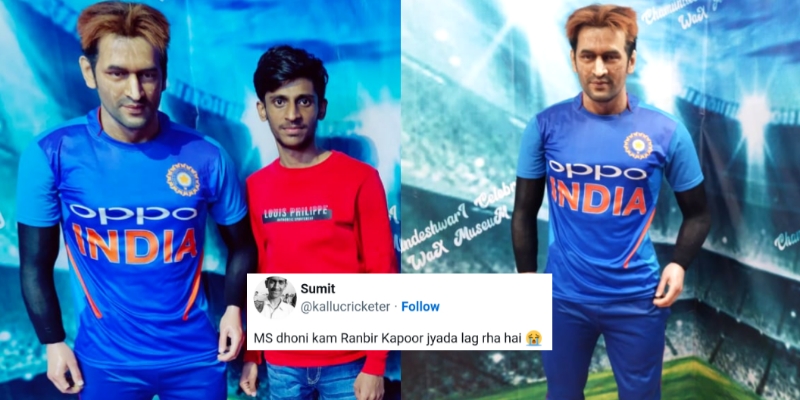 The fans of Mahendra Singh Dhoni (MS Dhoni), the former captain of the Indian team, are not only in India but all over the world. He retired from international cricket on 15 August 2020 but he is still playing for the Chennai Super Kings (CSK) in the Indian Premier League (IPL).

Seeing the popularity of MS Dhoni, recently the Chamundeshwari Wax Museum in Mysore, Karnataka unveiled a wax statue of the former India captain. They felt that all the people would appreciate this wax art tremendously but on the contrary people started making funny memes on it.

Actually the wax statue on display does not look like MS Dhoni at all and many people are criticizing it fiercely for the same reason. The picture of the statue is becoming increasingly viral on social media and many people are giving their feedback on it.