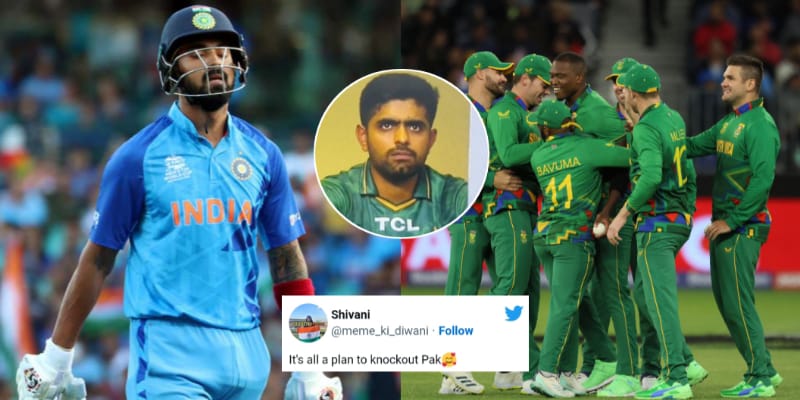 Team India’s third match in the T20 World Cup 2022 is currently ongoing as Rohit Sharma led side is currently facing off South Africa in Perth.

This match between both the teams is really important not only just for Team India or South Africa, but also for the likes of Pakistan and Zimbabwe who are very dependant on India to have any chance of qualifying for the semi-finals.

And as writing this, Team India is currently going through a pain in the match against the Proteas. As of writing this, India have lost their top order (5 wickets) below 50 runs.

In such scenario, if India loses today against South Africa, Pakistan and Zimbabwe’s chances of making it to the semi-finals will be almost over. And fans have taken to Twitter to express their feelings about the match and India’s performance so far.

It’s all a plan to knockout Pak🥰

“After approaching MS Dhoni, Pant got dropped from Playing 11” – Twitter reacts to reports that Rishabh Pant and Hardik Pandya approached MS Dhoni to get advice to improve their T20 game