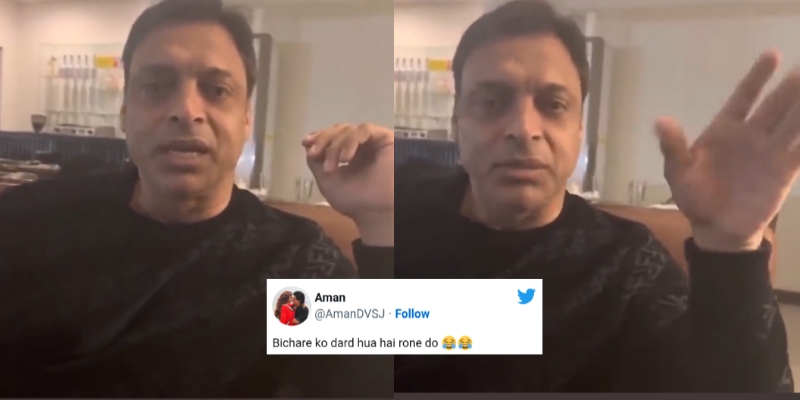 After Pakistan’s 2nd defeat in 2 matches in the T20 World Cup 2022, the whole country is currently going through a shockwave and cannot believe what they have just witnessed.

Meanwhile, 2 defeats in 2 matches, Pakistan’s chances of making it to the T20 World Cup 2022 semi-final is almost all but over. Though there are chances, however, they have to be dependent on other team’s results, particularly South Africa and Zimbabwe.

However, former Pakistan pacer Shoaib Akhtar has already predicted that Pakistan’s journey in the tournament is already over. In a video going viral on social media, Akhtar is looking frustrated and made claim that Pakistan will be out of the tournament next week. However, his following statement has created controversy.

Alongside predicting that Pakistan will be out by next week, he also added that India will also be out of the tournament the next week after Pakistan’s elimination, i.e. the semi-finals. He also added that Team India is not “Tees maar Khan.” And this has offended the Indian fans on Twitter.

There obsession with India 🤦🤦🤦🤦.can he and ramiz raja say single statement without including India.

Show this to team india to motivate them …obv india are not favourites to win the cup but you never know what can happen #believe #TeamIndia @imVkohli https://t.co/gR3Rn8O8Lx