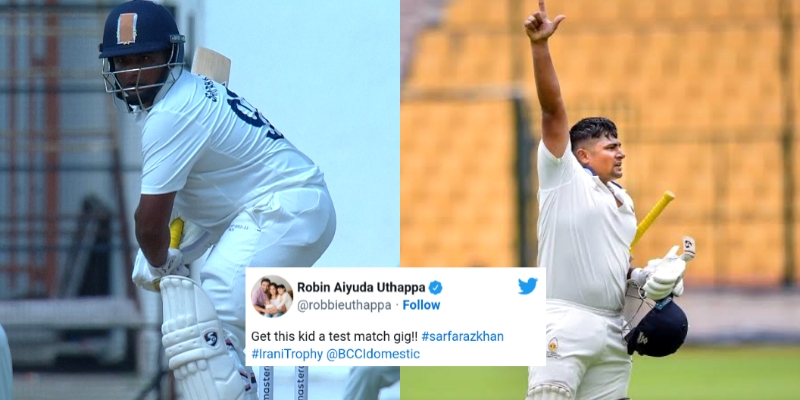 Indian young batsman Sarfaraz Khan has been making headlines for a very long time and he just can’t seem to be stopping now as the right-hand batsman notched-up another century in the ongoing Irani Cup 2022 against Saurashtra.

Sarfaraz Khan plays for the Mumbai team in the Indian domestic cricket and has been a talk of the town as he just can’t stop scoring those golden runs.

Sarfaraz is probably the best white-ball player in the domestic cricket right now. Looking at his stats in the first-class cricket since the Ranji Trophy 2019-2020 season, he has played a total of 24 inning and has scored 2275 runs counting his hundred in the Irani Cup 2022. It also includes 9 centuries and 5 fifties in that period.

After his another century, it is now almost confirm that he is guaranteed a place in the Indian team for any upcoming Test series. And Twitterati also buzzing for that.

He is on a mission to play for the Indian Test team.

Sarfaraz Khan should be given Indian Test Cap…. He is beyond the domestic level now… Just toying around domestic cricket and scoring centuries for fun .