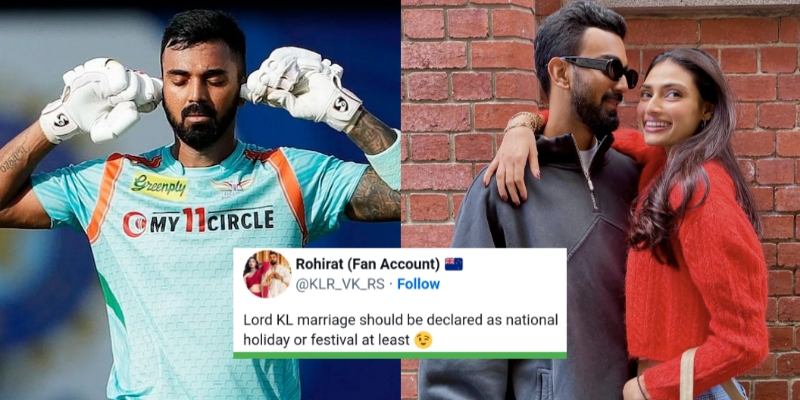 The duo of KL Rahul and Athiya Shetty had been dating each other for some long time now. The duo have been seen together on multiple occasions sharing times with each other.

Athiya has also travelled with KL Rahul in several occasions when Rahul use to tour to player overseas series. However, despite all that, the duo never openly confirmed their relationship to the public.

It was always a guess for the fans and it was confirmed by the Shetty family today that the duo will tie knot on the 23rd January in Lonavala. Meanwhile after this, the Twitterati now hopes that KL Rahul doesn’t return to play for India for some time as his performance has been terrible to say the least for the last couple of months.

KL Rahul will get married to Athiya Shetty tomorrow in Lonavala.

Congratulations to the family… Would request Shetty Anna to send them on a 2 year world tour in order to save Indian cricket from KL’s pessimistic batting and body language.

Hope..after that Kl Rahul would made many runs in upcoming matches of his life 😉