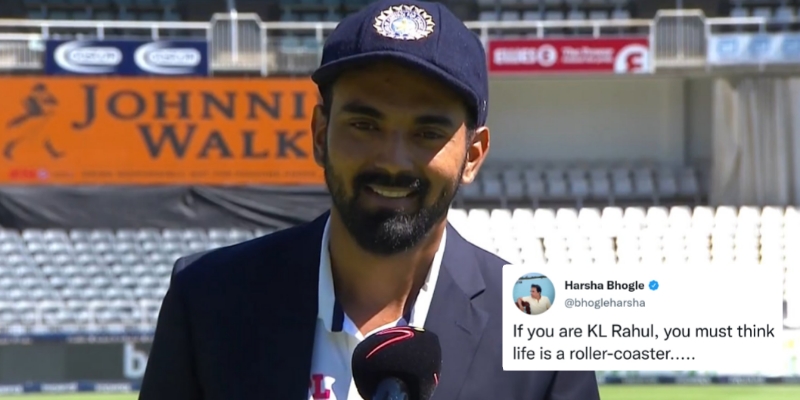 Indian cricket team fans were dealt with a huge shocker on the opening day of the 2nd Test match between India and South Africa as KL Rahul walked out for the toss, while Virat Kohli has been ruled out for the match due to injury.

The Indian cricket team has started the year 2022, not the brighest way possible, as regular captain Virat Kohli suffered a back injury just before the 2nd Test match against South Africa.

As a result of which, opening batsman KL Rahul was made the stand in captain for the match. Rahul was named the vice-captain of the Indian Test team for the South Africa Test series in absence of original vice-captain Rohit Sharma.

The Karnataka born batsman is probably the one of the top batsman for the current Indian team, and is in the form of his life. Ever since he got the opportunity to play in the Test cricket, he has made it his permanent place, while he was already India’s important member in the limited overs cricket.

Most recently, KL Rahul has also been handed the captaincy of the Indian ODI team for the upcoming 3 match One Day International (ODI) series against South Africa, as the original skipper Rohit Sharma is currently recovering from an injury.

Earlier before that, KL Rahul was also appointed the Indian cricket team’s T20I vice-captain after Virat Kohli announced his decision to step down as India’s T20I skipper and Rohit Sharma was made the T20I skipper.

Rahul has gained huge number of fans with his performance for the Indian team as well as his performance in the IPL. And those fans have reacted to Rahul’s appointment as India’s Test captain for the 2nd Test.

2021 England Tour Mayank and Gill Injured, Rahul got a chance to play

If you are KL Rahul, you must think life is a roller-coaster…..

Soon-to- be ODI captain KL Rahul is now Test captain KL Rahul. And not long back, he wasn't sure of his place in the longest format. What a ride. pic.twitter.com/rlgdmXwLUG

if someone told a year ago, that KL Rahul would captain India in Test – people would have laughed. Cricket is such a crazy game!! pic.twitter.com/Tf7bOld4Qu