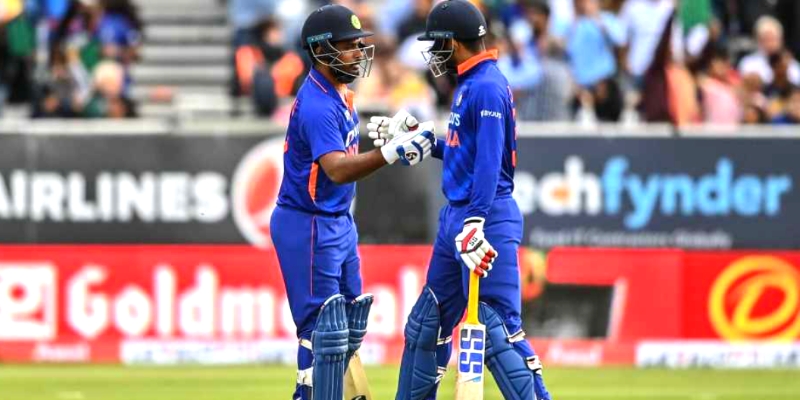 Indian cricket team is performing very well in T20 International matches. The Indian cricket team defeated foreign teams in several series one after the other and was able to draw some series. The secret of India’s success in the T20 format is the team’s strong bowling line-up as well as a great batting line-up.

A sample of this was also seen on the tour of Ireland. In the second match of the Ireland series, the batsmen achieved a new record for India by scoring the largest partnership in the T20I format for India.

In this article today, we discuss about Top 3 biggest partnership by Indians in T20I cricket.

At number three in this list is the partnership between Shikhar Dhawan and Rohit Sharma. Both the opening batsmen had a brilliant batting performance against Ireland on 27th June 2018. In the match played in Dublin, Shikhar and Rohit had a great partnership of 160 runs for the first wicket. Both the players came to the crease at the beginning of the innings and the first wicket fell on the score of 160 runs. In such a situation, this partnership is the third largest ever for India in T20I format.

Rohit Sharma’s name is also involved in the second pair of the list, but in this, his second partner is not Shikhar Dhawan but it is KL Rahul. KL Rahul and Rohit Sharma formed a formidable partnership against Sri Lanka on 22nd December 2017. In the match played at Indore ground, KL Rahul and Rohit shared a great partnership of 165 runs for the first wicket. These two batsmen came to the crease together, and by the time the first wicket fell, they had scored 165 runs together.