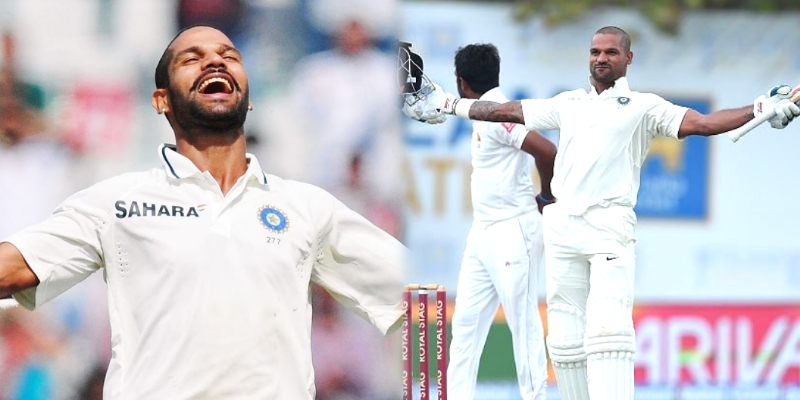 Till now there have been many such batsmen who have played many great innings in Test cricket and they have also scored a lot of runs.

In Test cricket, the patience of any batsman is tested. Batsmen have to play with a lot of patience if they want to be successful in Test cricket. This is the reason why Test cricket is called the real cricket. In this format, batsmen are stuck at the crease for hours, even if their bat does not get runs, but they should know the art of dropping the ball and defending it.

In Test cricket, the batsmen who has talent and plays with good amount of patience, have played many great innings and scored a lot of runs. But when a player plays a big innings in his debut Test match, it becomes a memorable inning for him. Till now there have been many such players who have scored a century in their debut Test match itself.

The list of batsmen who have achieved this feat is quite long. But today we will tell you about the top 3 Indian batsmen who scored the most runs in their debut Test match.

Indian cricket team’s legendary opener Rohit Sharma is at the second position in this list. Rohit Sharma made his Test debut against West Indies in Kolkata on 6th November 2013 and scored a tremendous century in the very first match.

Sharma played a brilliant innings of 177 runs in the first innings of that match. Rohit has played a total of 39 Test matches in his career so far, in which he has scored 2679 runs in 66 innings. His highest score is 212 runs and he is also the current Indian team captain.

Shikhar Dhawan holds the record for scoring the most runs in Test debut for India. Dhawan made his Test debut on 14 March 2013 against Australia in Mohali. Batting in the first inning in that match, Dhawan played a tremendous innings of 187 runs. India won the match by 6 wickets. Dhawan has played 34 Test matches so far, in which he has scored 2315 runs with the help of 7 centuries and 5 half-centuries.