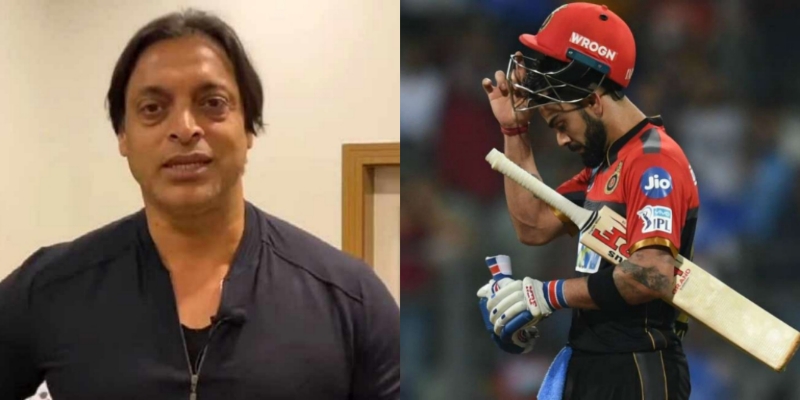 While Royal Challengers Bangalore (RCB) continue to have great start to the Indian Premier League (IPL) 2022 season, their former captain Virat Kohli has not lived-up to his true potential.

Royal Challengers Bangalore (RCB) registered their 4th win of the season when they defeated the Rishabh Pant led Delhi Capitals last night to march to top 3 in the IPL 2022 points table.

While the fans are enjoying the team’s run of form in the current season of the World’s biggest and richest T20 league, they are still a little confused about the performance of their former captain Virat Kohli.

Kohli is Royal Challengers Bangalore’s one of the very key player, but how he has failed to deliver this season, is a cause of concern for the RCB fans. And in such scenario, former Pakistan cricketer Shoaib Akhtar has given a top advice to the former India captain.

“Leave TV, crowd and just consider yourself as an ordinary player, pick up the bat and just play,” Akhtar said to Sportskeeda.

Kohli has featured in all of the matches for Royal Challengers Bangalore (RCB) this season and has scored 119 runs from those, with the highest score of 48 runs, that came against Mumbai Indians. However, the fans are hopeful that the great batting star of India will turn his fortunes soon, when, it is to be seen as RCB’s battle continue for top of the pile.

“Want to do something special for country”- Dinesh Karthik aims for comeback in Indian team ahead of T20 World Cup 2022
Here’s why Hardik Pandya is not playing against Chennai Super Kings; Rashid Khan confirms
To Top