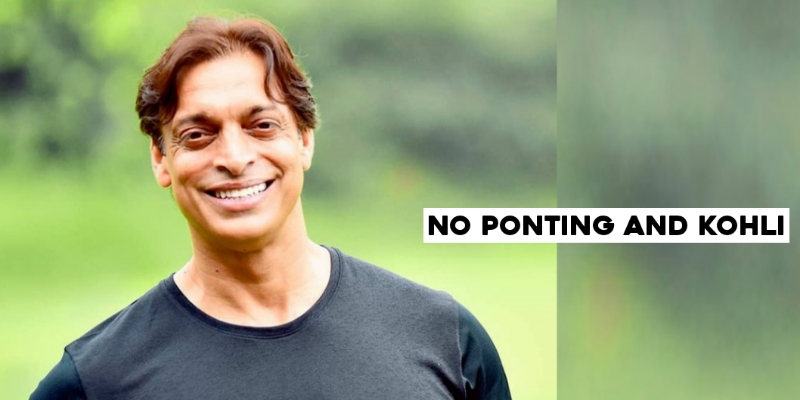 Former Pakistan cricket team fast bowler Shoaib Akhtar has made his all-time ODI XI. The right-arm pacer, who was famously called ‘The Rawalpindi Express’ made the XI on his official YouTube channel. Interestingly, Akhtar decided against picking the most successful captain in Cricket World Cups, Ricky Ponting and also the current captain of the Indian cricket team, the Chase Master Virat Kohli.

Opening the innings for Shoaib Akhtar’s all-time ODI XI are Gordon Greenidge and Sachin Tendulkar. Gordon played 128 ODI matches for the West Indies, scoring 5,134 runs. Meanwhile, Tendulkar holds the record for the most ODI hundreds by a batsman.

The next four batsmen on Shoaib’s team are Inzamam-ul-Haq, Saeed Anwar, MS Dhoni and Adam Gilchrist. Inzamam and Saeed are two of the best Pakistani batsmen of all time, while Dhoni and Gilchrist are two world-class wicket-keeper batsmen. Both can change the game in a matter of a few deliveries. Explaining why he picked Saeed, Shoaib Akhtar said:

“People might be surprised by seeing Saeed Bhai in the middle but in today’s day, he would have murdered the bowlers.”

Generally, Yuvraj Singh used to bat above MS Dhoni in the batting order, but in Shoaib Akhtar’s team, Singh will bat below Dhoni and Adam Gilchrist. Kapil Dev is another Indian all-rounder in this XI. Dev was the first Indian captain to win the ODI World Cup. The bowling unit comprises Pakistan’s greats Wasim Akram and Waqar Younis along with Australian legend leg-spin bowler Shane Warne. Shane is also the captain of this team. Here is the all-time XI that Shoaib made on his official YouTube channel.