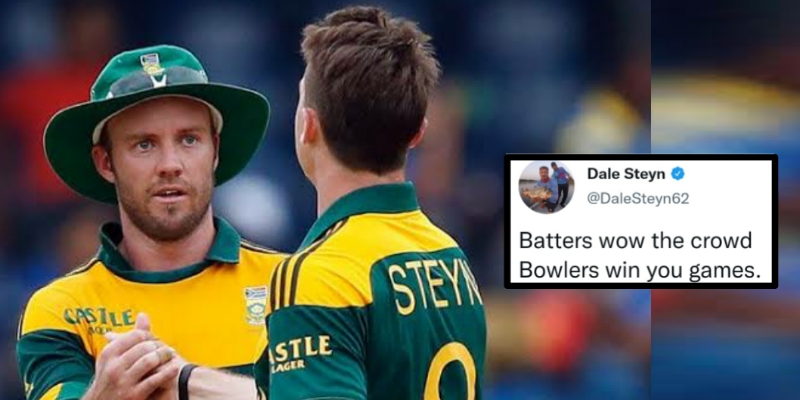 The fourth Test match between the Indian cricket team and the England cricket team earned the attention of the entire cricket universe. Great players of the game like AB de Villiers and Dale Steyn were delighted after watching the Test match. They shared their views on Twitter. While de Villiers slammed the fans who focused more on team selection than results, Steyn made an interesting comparison about batsmen and bowlers.

Looking at the performance of Jasprit Bumrah in the Kennington Oval Test match against the England cricket team, Steyn sent out the following tweet from his official Twitter account:

Soon AB de Villiers posted an emoji, where he seemingly tried to remind Dale Steyn that the batsmen could even win matches. The former South African captain has single-handedly helped his team win many matches. Thus, de Villiers was not so happy with the statement made by Dale Steyn on Twitter.

Soon, Steyn replied to de Villiers and said that besides him all other batsmen were for entertainment. He accepted that de Villiers can also win matches with the bat. However, Steyn also clarified that Jasprit Bumrah’s special spell deserved appreciation. He added:

“Haha! Besides you but Bumrah was pretty special yesterday.”

Haha! Besides you 😉 but Bumrah was pretty special yesterday #nodrawswithspellslikethat

After understanding what his compatriot meant to say, de Villiers replied to him and said that he should only write ‘Well Bowled Jasprit Bumrah’ from next time.

I was gonna buy one of your nft’s! Now you can suck it