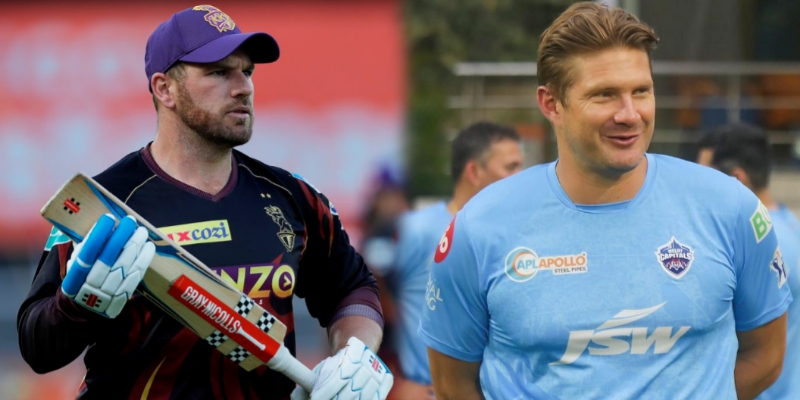 Former Australian all-rounder Shane Watson is curious at the moment because of whether Australia’s limited overs captain Aaron Finch will be in the squad for this year’s T20 World Cup or not. Finch was recently a part of Kolkata Knight Riders (KKR) during their Indian Premier League (IPL) 2022 campaign. The 35-year-old Finch had a very bad tournament, scoring 86 runs in five matches at an average of 17.20.

Before the IPL, Finch had not been able to do much in the white ball series against Pakistan as well, returning to the pavilion twice without opening an account in the three-match ODI series.

Sharing his thoughts on Finch’s poor performance in IPL 2022, Watson said it will be difficult to make it to the Australian team for the T20 World Cup if he doesn’t regain his form.

Speaking on the Grade Cricketer podcast, Shane Watson said that Finch is unfortunately not looking good and needs to work on his technique and mindset and has changed a lot from his best self.

He continued that if Finch doesn’t regain his form before the T20 World Cup 2022 to be held in Australia later this year, he should be picked in the squad. He added that Finch is far away from his best self and if he continues like that, it will be difficult for him to find a place in the team.

“I believe if he’s not scoring runs in the lead up to the T20 World Cup, and it’s along similar lines to what we saw here for KKR, you can’t pick him, it would be a big liability,” said Watson.

Australia won the T20 World Cup last year under Finch’s leadership, but he failed miserably in that tournament as a batter. In that World Cup, he scored 135 runs in seven matches at an average of 19.28 and a strike rate of 116.37. Now it will be interesting to see whether Finch can regain his form before the upcoming T20 World Cup.

“Sourav Ganguly built a team, i doubt Kohli did” – Virender Sehwag compares Ganguly and Kohli’s reign as India captain
Pakistan’s legendary pacer Shoaib Akhtar names batsman he was most afraid of during his days
To Top