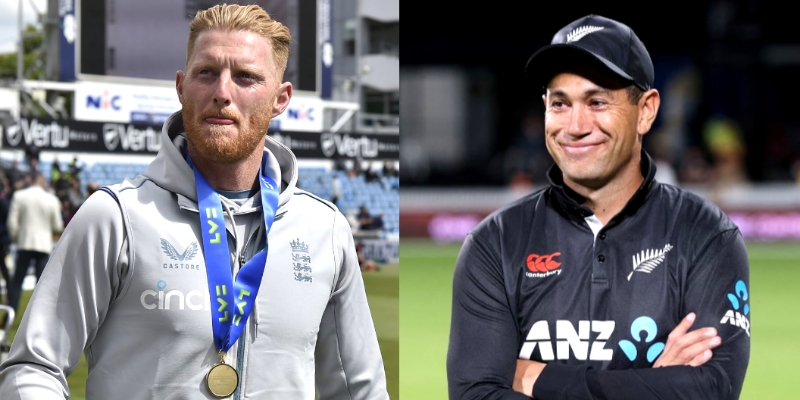 Former New Zealand cricketer Ross Taylor is currently making headlines for his new autobiography, ‘Ross Taylor: Black and White’, which is a box of sensational revelations. Ross Taylor revealed in his autobiography that he had tried to get England’s star all-rounder and current Test captain Ben Stokes to know about his desire to play for New Zealand.

Ben Stokes today is considered among one of the best hard-hitting all-rounder has garnered a great success with the England team as well as in the IPL as well. Stokes is currently the captain of the England Test team after Joe Root stepped down from the position.

Meanwhile, former New Zealand cricketer Ross Taylor has been the talk of the country after the batter revealed that during his IPL stint, he was slapped by one of Rajasthan Royals owners in a funny way though after he dismissed for duck in the match against Kings XI Punjab.

He talked about the above incident on his autobiography. But other than that, he also revealed about how he tried to convince Ben Stokes to play for New Zealand and almost succeeded in doing so.

For those who are not aware of it, Ben Stokes was born in Christchurch in New Zealand and then moved to England in early age. He played his cricket there and now plays for the England national team.

He added that after that Justin Vaughan offered Ben Stokes to play in domestic cricket, where based on his performance, he was to be given a chance to play for New Zealand. However, Ross Taylor wanted Ben Stokes to be offered a better offer, as he was a very talented youngster, which did not materialize and eventually the deal did not work out.

“He was 18 or 19 and very much a Kiwi. Over a Guinness, I asked him if he wanted to come and play in New Zealand. He was keen so I sent a message to New Zealand Cricket CEO Justin Vaughan saying this guy Stokes was a really good young cricketer and interested in playing for New Zealand,” Taylor’s first statement reads.

“Vaughan replied along the lines that he could start playing domestic cricket and we’d see where it went,” it further reads.