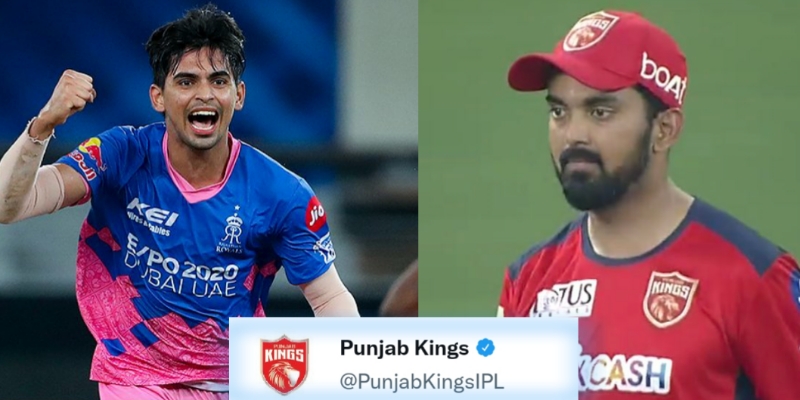 In one of the most epic comebacks witnessed in the Indian Premier League history, the Rajasthan Royals defeated the Punjab Kings by two runs in Match number 32 of the 2021 edition of the Indian Premier League. This match happened at the Dubai International Cricket Stadium, and for most part of the match, it looked like the Mohali-based franchise will be the one to emerge victorious.

Punjab Kings captain KL Rahul called the coin toss right and invited the Rajasthan Royals to have a bat first. The Royals batted well and scored 185 runs in the first innings. Opening batsman Yashasvi Jaiswal scored 49 runs, while Mahipal Lomror played a splendid innings of 43 runs from 17 deliveries, smashing two fours and four sixes. In reply, the Punjab Kings got off to a flier, with KL Rahul and Mayank Agarwal adding 120 runs for the first wicket.

The duo of Aiden Markram and Nicholas Pooran had a decent partnership of 67 runs for the third wicket. However, somehow the Kings found a way to lose the match. They had the likes of Deepak Hooda, Fabian Allen and Pooran available to score four runs off the last over, which was bowled by youngster Kartik Tyagi.

Punjab Kings Twitter admin was confident that his team would win the match just like almost all fans who were watching the match live. However, everyone received a shock as Kartik Tyagi successfully defended four runs in his final over. He gave away only one run off six balls as the Rajasthan Royals won by two runs.

The Punjab Kings Twitter admin posted the following tweet in Hindi, the rough translation of which is also given below:

Dale Steyn Predicts Team That Virat Kohli Will Play For After RCB
Axar Patel tries to copy Chahal’s pose, gets trolled by Yuzi
To Top