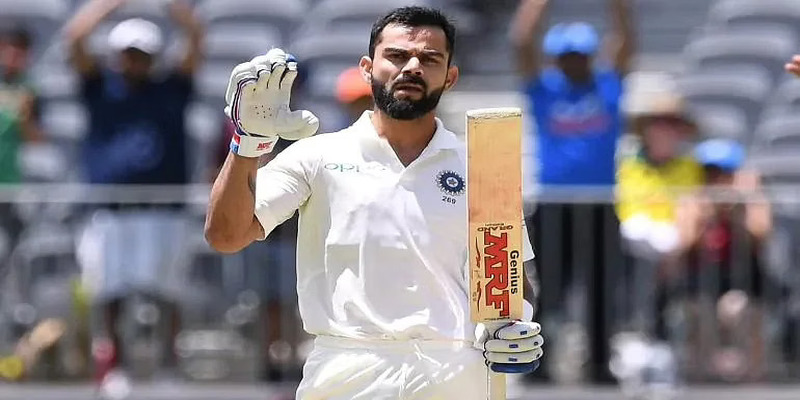 Virat Kohli is going through a rough patch and has had some struggles in the last three years in terms of his own standards. The former Indian skipper hasn’t gone past the three-figure mark in almost three years across the format. He scored his last century in November 2019 in the Test matches against Bangladesh in Kolkata.

However, he has struggled to play any significant innings since then. Meanwhile, he has a slew of fifties but has yet to convert anyone to a big score. The former Indian skipper, Mohammed Azharuddin, reckons that Virat will surely do well in England and there is no issue with his technique.

In a media interaction with GulfNews, Azharuddin said that when Kohli gets fifty, it looks like he has failed. He added that the 33-year-old hasn’t done much this year, but the bad phase comes to everyone in their career. Furthermore, he said that the former RCB skipper is playing back-to-back cricket, which has also affected him, and now after the IPL, he has got some break. He added that now, after this break, Virat will come back to form in England.

Notably, this season, the former RCB skipper scored 341 runs in 16 innings at a below-par average of 22.73, with only two fifties. He will be back for the rescheduled fifth Test match in England starting on July 1. Azharuddin further said that sometimes a batsman needs luck because one good innings will help to get back the confidence. He concluded, “There is nothing wrong with his technique. If he gets one big score, a big hundred, the aggression and the confidence will come back.”

The 59-year-old is also hopeful that Hardik Pandya needs to show a bit of consistency for a longer time. The all-rounder led the new franchise, Gujarat Titans, to their maiden IPL title recently. He also performed brilliantly with both bat and ball. Azharuddin pointed out that injuries had kept him away from the team. But now he has performed decently in the IPL, so he needs to do that with India as well. He was also hopeful that Hardik could also bowl and contribute with his all-round ability.