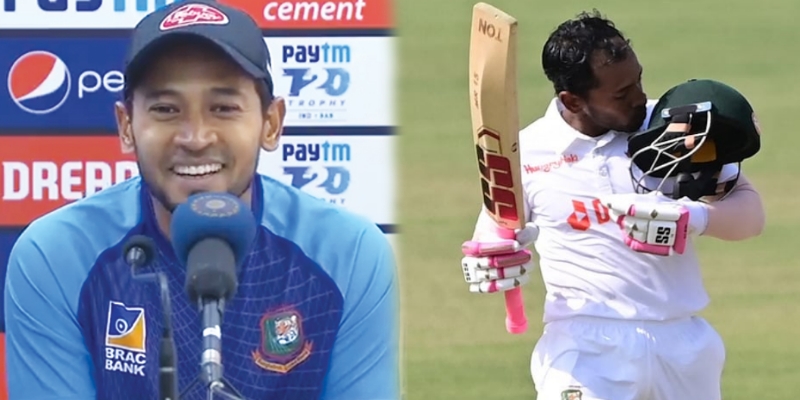 Bangladesh wicket-keeper batsman Mushfiqur Rahim has given a big reaction after scoring a century in the first innings of the first Test match against Sri Lanka. He said that experience is not valued in Bangladesh. Apart from this, he also gave a big reaction to playing for so many years for his country.

After his inning, when talking to press, the little-master of Bangladesh cricket stated that when he scores centuries, people compared him to Don Bradman, but he doesn’t, he feels like digging a pit for himself.

“Only in Bangladesh, I have seen that people compare me to Bradman when I score a century, but then when I don’t score runs, I feel like digging a hole for myself,” said the wicketkeeper batsman.

He then added that there is no value of experience in Bangladesh cricket as he has been representing his country for 17 years. While also talking about scoring 5000 runs, he added stated he is blessed but feels that he is not gonna be the only one to do so. He added their are some senior and younger players who can surely score 8000 or 10000 runs.

It is worth noting that while playing in the first innings for Bangladesh, Rahim scored a century with the bat in hand. He got out after scoring 105 runs. Apart from him, Tamim Iqbal also scored a century while batting brilliantly.