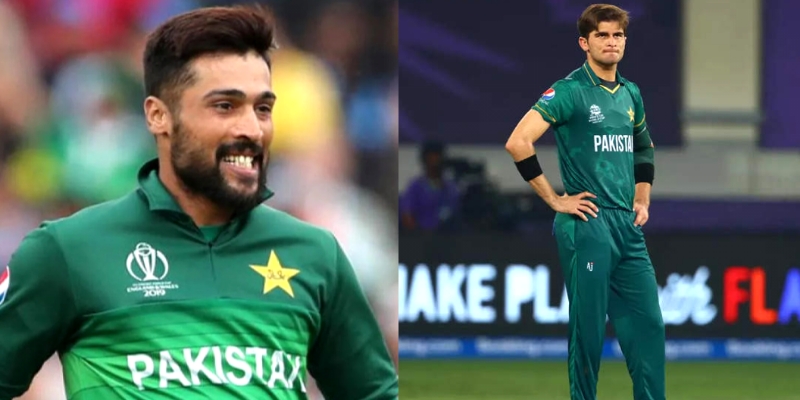 Former Pakistan cricket team pace bowler Mohammad Amir made an interesting post on his official Twitter handle after Pakistan team’s main pace bowler Shaheen Afridi was ruled out of the Asia Cup 2022 due to injury.

While the Pakistan cricket team is currently in the Netherlands playing against the Dutch side in a 3 match ODI series, they are next set to take part in the upcoming Asia Cup 2022 to be played in the United Arab Emirates (UAE) later this month.

But before even the team leaves for UAE, they received update from the medics that their star player and left-arm pace bowler Shaheen Afridi has suffered an injury and has been ruled out of the Asia Cup 2022.

Meanwhile, just a few minutes later that, former Pakistan left-arm pace bowler Mohammad Amir made an interesting post on his official Twitter handle. He tweeted saying that he is suddenly trending on social media and he doesn’t why.

For those of you who are unaware of it, Mohammad Amir was Pakistan’s led pace bowler prior to Shaheen’s intro in the team. But, reportedly, the pacer had some issues with the Pakistan Cricket Board (PCB) and thus decided to retire early from playing International cricket for Pakistan.

Now talking about his post, after Shaheen’s injury ruled him out of the Asia Cup 2022, there is now a massive gap in that bowling department and some of the fans feels that Amir should be the man, however it is not possible though.

Meanwhile, Pakistan have already sealed the 3 match ODI series after winning the first 2 matches of the series and interestingly, Shaheen didn’t feature in both of those matches. The 3rd match of the series will be played on the 21st of September.

While coming to the Asia Cup, they will take on their arch-rival India in their opening match of the tournament on the 28th of August.

Azam becomes first Pakistan cricketer to join UAE T20 League team; set to turn up for Desert Vipers
“Relief for other teams…” – Irfan Pathan takes a dig at critics with a cheeky post for calling relief for India after Shaheen Afridi got injured
To Top