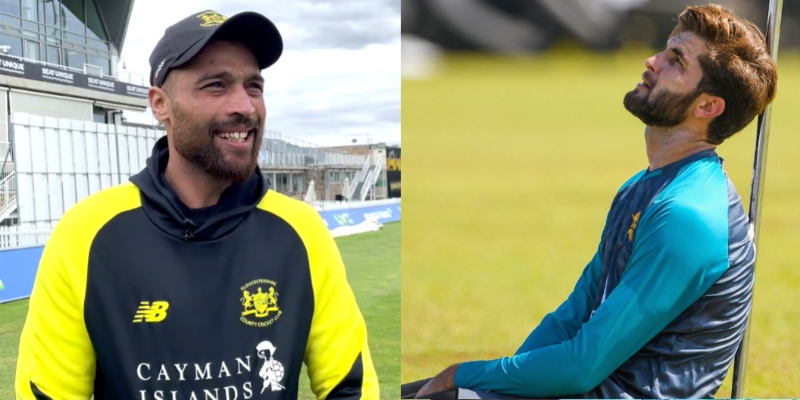 With Shaheen Afridi ruled out of Pakistan cricket team’s Asia Cup 2022 campaign due to injury suffered in the ongoing series against Netherlands, former Pakistan player Mohammad Amir’s old interview from 2021 has gone viral on social media.

In the earlier announced squad by the Pakistan Cricket Board (PCB), Shaheen Afridi was included in the team to take part in the upcoming Asia Cup 2022 which commences from the 28th of August.

Shaheen Afridi is Pakistan cricket team’s mainstay pace bowler at the moment and leads the team’s bowling attack in every series. He is considered among some of the best pace bowlers in the current generation as he has proved his metal whenever he has had the opportunity.

Meanwhile, after the left-arm pacer was ruled out of the Asia Cup due to injury, an old interview of from Pakistan pacer Mohammad Amir has resurfaced where he talked about workload management. The interview is from 2021 ans was published on CricketPakistan website.

In that interview, by giving example of India’s Bumrah, Shami, Bhuvneshwar Kumar and Australia’s Mitchell Starc, Pat Cummins and Josh Hazlewood, Amir tried to explain how these countries manage the pacers’ workload by not playing them in every format of every series.

“You look at Cummins, Hazlewood, Starc. You won’t ever see them playing all matches in all formats of a series. If someone plays Tests, they won’t play the first two ODIs. If they play ODIs, they will take rest from T20Is. This is how you manage them,” a part of statement reads.

He further went on to add, “You look at Shaheen here. He just keeps on playing and playing. He is young now; the moment he crosses 26 and would have played in all three formats, you would come back to me and realise I was right.”