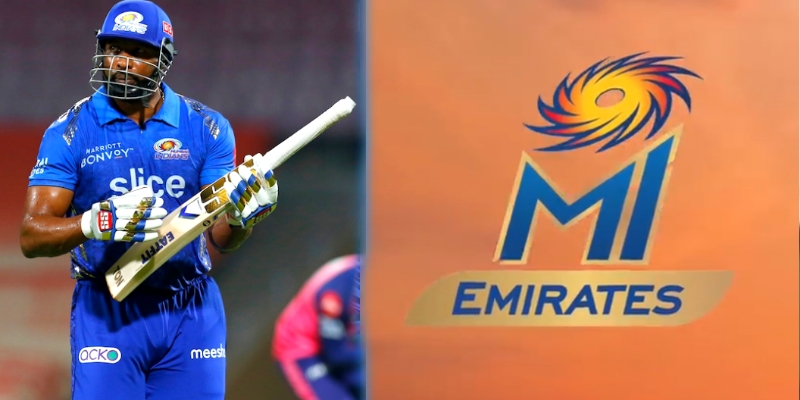 What was started as a great business model by the Shah Rukh Khan owned Kolkata Knight Riders (KKR), now almost every Indian Premier League (IPL) is following the same trend and route is expanding outside of India. And one of those team is Mumbai Indians.

The Reliance owned franchise is the most successful team in the history of the Indian Premier League (IPL) having won the league a total of 5 times as of 2022. They are now expanding their brand and business outside India in South Africa and UAE.

Mumbai Indians have bought the MI Cape Town and the MI Emirates in the CSA T20 League and the UAE T20 League respectively. While they announced the acquisition of 5 players for their MI Cape Town earlier today, now reports claim that they have completed agreement with 3 IPL stars, one of which is their own Mumbai Indians player.

According a report on Cricbuzz, Mumbai Indians owned MI Emirates have completed the signing of Mumbai Indians all-rounder who has also captain the team in several occasions, Kieron Pollard.

Kieron Pollard has been a long member of the IPL and has been playing for Mumbai Indians for what has been a great and solid 12 years, first joining them in 2010. Pollard is today among some of the best hard-hitting batsman with great leadership skills having lead multiple teams, including the West Indies team.

Other than, the Emirates have also completed the signing of two more Caribbean stars who grace their trade in the IPL. First, coming straight from Mumbai’s biggest rival in the IPL, Chennai Super Kings (CSK) all-rounder Dwayne Bravo and current West Indies captain Nicholas Pooran.

Pollard, Pooran and Bravo will be playing for MI franchise in UAE T20 League. (Source – Cricbuzz)

While Bravo has been a very valuable asset for the West Indies team and the Chennai Super Kings in the IPL, Nicholas Pooran is yet establish himself in the IPL though having featured for 3 IPL franchises in his career, one of which and first of which was actually the Mumbai Indians in 2017.

Other than, further reports claim that MI Emirates have also acquired England youngster Will Smeed, who most recently scored a century in The Hundred while playing for the Birmingham Phoenix.