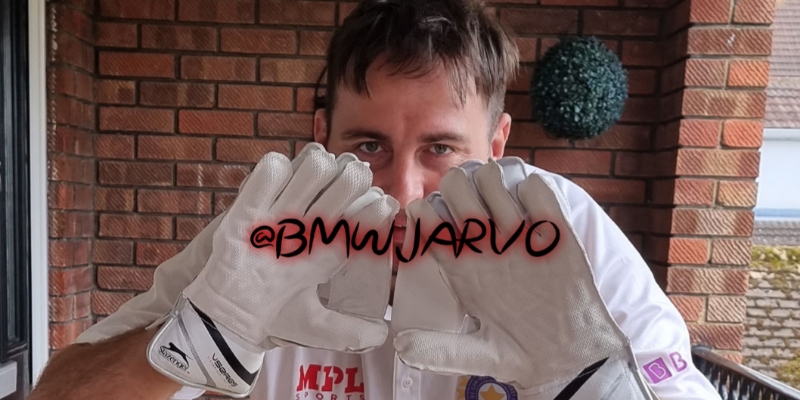 The 5th Test match of the 5 match series between England and India, which was scheduled to be played from 10th September, has officially been called off after multiple staffs in the Indian setup found positive to the COVID-19 virus.

Team India is leading the 5 match series by 2-1 winning the 2nd Test and the 4th Test in historic fashion at the Lord’s cricket ground and the Kennington Oval respectively.

Fans from both the teams expressed their feeling after the match was called off, which might be rescheduled at a later date as there is no window available now due to the coming up Indian Premier League 2021.

Among the many fans who let out their disappointment, one certain man who also expressed disappointment is Daniel Jarvis, or mostly known as Jarvo to everyone.

In his latest post on Twitter, Jarvo expressed his disappointment at the cancellation of the 5th Test match. Jarvo stated that he was ready to appear in the 5th match as a wicketkeeper. His tweet reads, “The 5th test has been cancelled, I was meant to play as the Wicket Keeper today for India vs England. Is this some kind of sick joke?”

The 5th test has been cancelled, I was meant to play as the Wicket Keeper today for India vs England. Is this some kind of sick joke?

The scheduled 5th Test match between England and India was to be played at the Emirates Old Trafford stadium in Manchester. But, before the match, members from the Indian coaching staff tested positive to the Global Pandemic, the COVID-19. The most notable name among them is the Indian cricket team head coach Ravi Shastri.

Even though the England Cricket Board was ready to host the match later this month, however, the above mentioned couldn’t be possible due to the upcoming 2nd phase of the IPL 2021. However, according to the reports, the BCCI president Sourav Ganguly will sit on a meeting with ECB in coming future to discuss the next step.