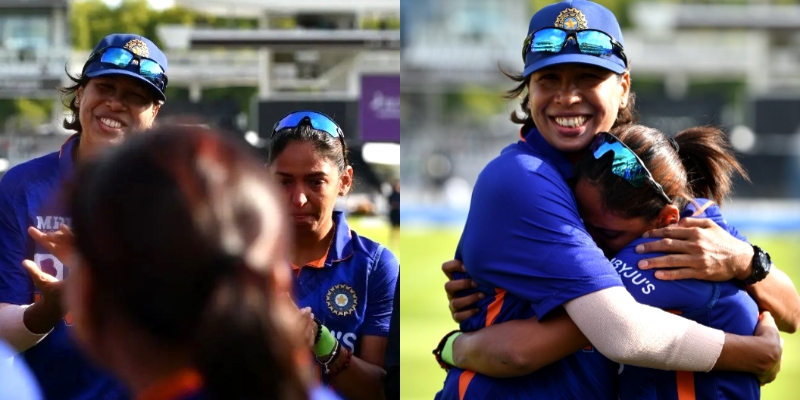 There is a say that one great thing has to end some day, and today marks that day for the Indian cricket and its fans as one of the greatest to have ever graced the game, India’s very own Jhulan Goswami now bows down as world’s the best bowler in Women’s Cricket.

What was started as a hopeful journey on the 6th of January in 2002, ends as a legendary career as there is no one even miles near what has Jhulan Goswami has achieved.

Tears on Harmanpreet Kaur's eyes and she got very emotional and hugs Jhulan Goswami on her last match. pic.twitter.com/CWfDGDoPuv