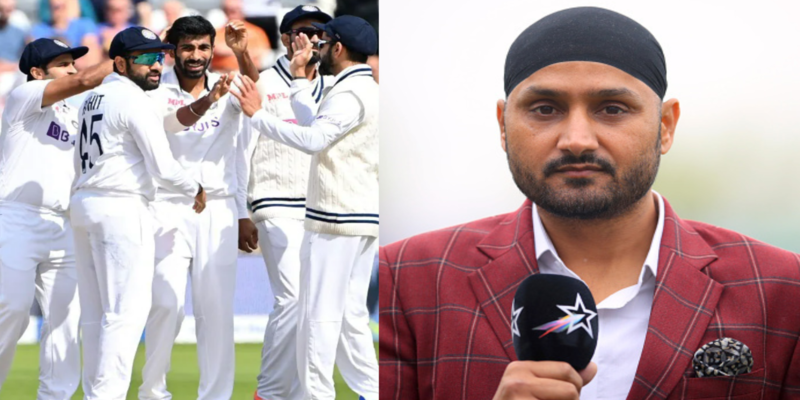 Former Indian off-spinner Harbhajan Singh has spoken out about the player he believes should lead the Indian team in the fifth and final rescheduled test between India a and England, which begins on June 1. On Saturday, India’s captain, Rohit Sharma, tested positive for COVID. However, if he doesn’t recover in time before the match, India needs to find someone who will lead the team in his absence.

Rohit came into contact with Covid virus during the warm-up match against Leicestershire. He has been in mandatory six-day isolation since then. However, India don’t even have the vice-captain, KL Rahul, available in the team. He’s also missing the tour due to injury. Although, for the opening slot, the Board of Control for Cricket in India (BCCI) has added Mayank Agarwal to the team.

He had already flown to England and had joined the team. However, the speculation is there about who will lead the team. Notably, there are a few options within the team. The former Indian skipper, Virat Kohli, who led the team in the first four matches. Then there is Rishabh Pant, who led the team against South Africa recently.

As per some media reports, there is a chance that the Indian pacer Jasprit Bumrah is the front-running candidate. He was also India’s vice-captain in the home test series against Sri Lanka. On Tuesday, the International Cricket Council shared a tweet from their official Twitter handle to the fans asking for their suggestions for the name of the player to captain India if Rohit misses the match.

Former off-spinner Harbhajan Singh replied to the tweet initially with the name KL Rahul. However, then he remembered that Rahul is not part of the Indian team, so he deleted his tweet later on.

After deleting the tweet, Bhajji once again tweeted, but this time he chose Jasprit Bumrah and mentioned his name. Many cricket analysts have reckoned that Bumrah could be the ideal player to lead the team.

However, if the pacer is handed over the captaincy role, he will be only the second pacer to lead the Indian side after the legendary all-rounder Kapil Dev. India are leading the series 2-1 and are on their way to winning their fourth series in England.