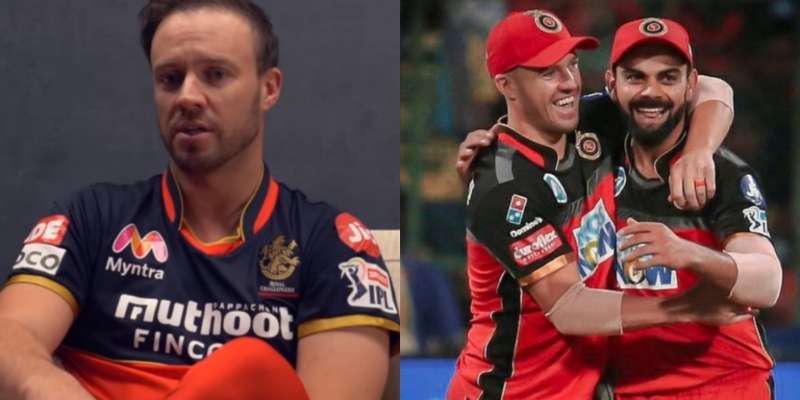 The Indian Premier League (IPL)’s 2022 season has began, but not on the greatest note for the Royal Challengers Bangalore (RCB) as they lost their opening match, but former RCB player AB de Villiers still thinks big of Virat Kohli.

South African batsman AB de Villiers and former Team India captain Virat Kohli have a strong friendship for years, as well as both have played together for many years for the Bangalore based franchise.

Many times the partnership of both the batsmen in the Indian Premier League has been a big problem for the opposing team, as AB de Villiers and Virat Kohli does not take pity on the bowlers.

But now the time has completely changed, AB de Villiers, also known as Mr 360 has left cricket, simply retired from all forms of the game, whiel Virat is still playing as a player for RCB under the captaincy of Faf du Plessis. But in the meantime, AB de Villiers has made a big prediction about Kohli, which is becoming increasingly viral on the social media.

On many occasions, a big proof of their friendship can be seen in their statement regarding each other. Both players have a lot of respect for each other, as well as both praise each other fiercely.

Even though both of them have scored a lot of runs and won a lot of matches together for RCB, but both of them could never win the title for their team. At the same time, Virat is no longer the team’s captain, and is playing as a player for the franchise after many years, so now there is no pressure of captaincy on him and he can bat freely.

Royal Challengers Bangalore had their first match in the league against Punjab Kings, where they had to face a defeat even after scoring lots of runs. As for Virat Kohli, he was seen in his old rhythm and he scored fiercely as he remained not out for 41 runs.