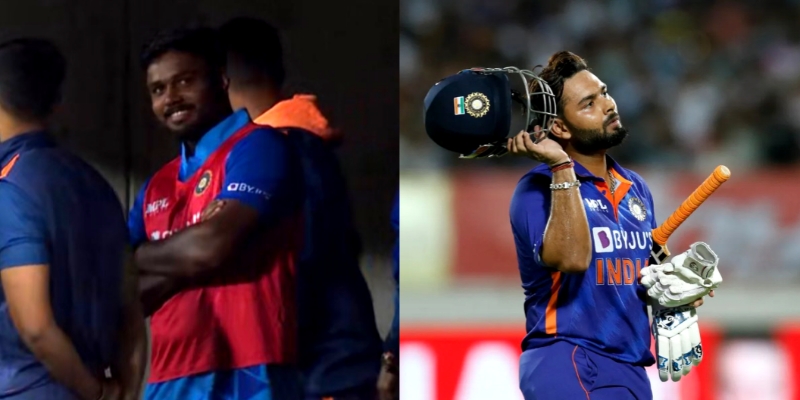 Major question mark is being raised on the Indian cricket team’s wicketkeeper batsman Rishabh Pant’s inclusion in the Indian team’s Playing XI despite his poor outing with the bat in the recent months.

In the recently concluded T20 series against, Team India kept on playing with the wicketkeeper duo of both Ishan Kishan and Rishabh Pant as the opening, however, Sanju Samson was not even tried out once.

Samson got to be a part of the Indian team before the Asia Cup and T20 World Cup 2022, and he did well. Despite that, he was made to sit the whole series and captain Hardik Pandya said that he didn’t find a place in the team due to strategic reasons.

Talking of Pant, he was dropped from the team in majority of the T20 World Cup and Asia Cup to accomodate Dinesh Karthik. However, he has also failed to deliver in the shortest format of the game for the Indian team.

Meanwhile, former Indian cricketer Reetinder Singh Sodhi has said that Rishabh Pant has passed his limit and adds that it now time for Team India to think different.

While talking India News, the former India cricketer backed Sanju Samson to play ahead of Pant. Reetinder Singh said, “He is becoming a liability for Team India. If it’s like this, then bring in Sanju Samson. End of the day, you got to take that chance because you cannot afford to lose and exit in World Cup or ICC tournaments.”

He added that everything has a limit and that Rishabh Pant has had enough opportunities and it is now time for Team India to give some time to Sanju Samson. He added Pant has been underperforming and when a player doesn’t perform even after given so much opportunities, he should be shown the way out.

Who is left-arm pacer Yash Dayal who has been picked into the Indian team squad for Bangladesh ODI series?
To Top