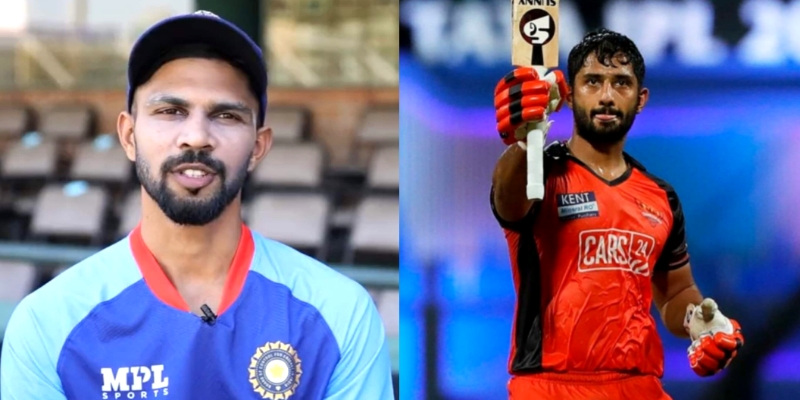 Former Indian cricketer turned expert Aakash Chopra has questioned the Indian team management’s decision as to why Rahul Tripathi and Rituraj Gaikwad were not included in the Indian team playing XI for the third ODI against Zimbabwe.

Let us tell you, in the third ODI match played at the Harare Sports Club on 22 August, India defeated Zimbabwe by 13 runs and with that also sealed the series 3-0 against the home side. Many Indian players also made a comeback in this series. The Indian team fielded the same batting order in the first two ODIs and the last ODI.

Aakash Chopra, sharing the video in his YouTube channel, questioned the Indian team management for not including Rahul Tripathi in the team. He said that those who are very excited about the game of cricket had said that Rituraj Gaikwad and Rahul Tripathi should be given a chance in this series but nothing like this happened. He further added that question arises is that when Rahul Tripathi is selected in the squad then why not give him a chance.

“The people who were interested in this game said that you should play Ruturaj Gaikwad and Rahul Tripathi, give chances to everyone, but nothing like that happened. The question comes that you selected Rahul Tripathi but you are not giving him opportunities. Then why did you select him at all,” Chopra said about Rahul.

For Rituraj Gaikwad, Aakash Chopra said that in a match which has nothing to lose for the Indian team, still they didn’t gave an opportunity to Ruturaj Gaikwad to open the inning and not even selected in the Playing XI. “You are not even able to play him in a dead rubber. The same is the story of Ruturaj Gaikwad,” he said.

As for Ruturaj Gaikwad, after that extraordinary season in the IPL 2021, Gaikwad was called-up to the Indian team but didn’t get much opportunities to play. He then had a average IPL 2022.