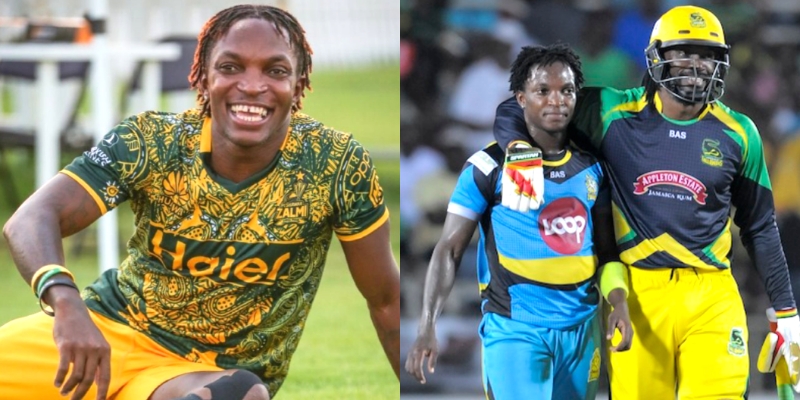 Fidel Edwards is one of the top bowler to have represented the West Indies cricket team. He repped the Maroon jersey for the first time in the year 2003 against the Sri Lankan team in a Test match between the two sides.

Fidel Edwards born in Barbados, was one of the consistent bowler of the West Indies team during the years between 2003 and 2012 before he was dropped from the team.

But, the right-arm pacer made a heroic comeback in the year 2021 at the age of 39 and played 6 T20I matches for the West Indies team, and even still managed to pick up 4 wickets.

He believes that he still that one more run left in him and has applied for the IPL 2022 Mega Auction, taking place in Bengaluru on the 12th and 13th February.

But before that, Fidel Edwards caught up with swagcricket and discussed a lot of things and picked his all-time best Playing XI.

Edwards praised his fellow teammate Chris Gayle in that candid chat and included him in his all-time Playing XI alongside Matthew Hayden as the opening duo.

India’s Sachin Tendulkar was picked at number 3 by Edwards, and is the only Indian in his Playing XI. He added another legendary cricketer and West Indies legend Brian Lara as Sachin Tendulkar’s middle-order partner.

Shane Warne is the only spin bowler that he included in his Playing XI, while included 4 top quality pacer in the form of Glenn McGrath, Wasim Akram, Malcolm Marshall and Curtly Ambrose.

Fidel Edwards also picked Mumbai Indians as one of his favourite IPL franchise that he would like to play for, and talked about first impression of Rohit Sharma when both use to play for Deccan Chargers in the IPL in the past.

Pakistan announces squad for historic Test series against Australia, Babar Azam to lead
“I would have never played for India” – AB de Villiers speaks about difficulties of making it to the Indian team
To Top