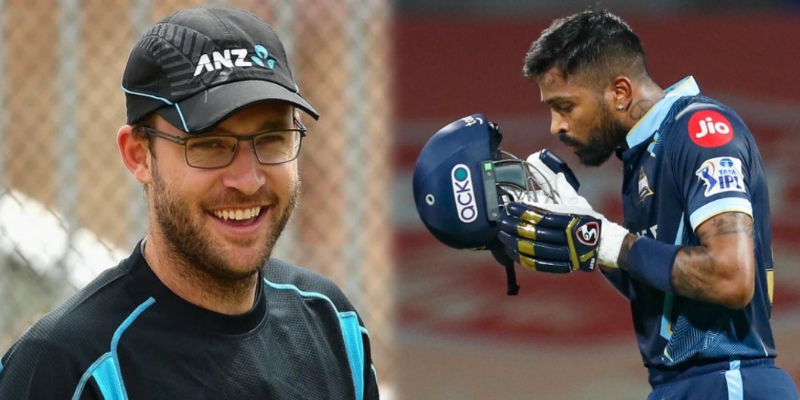 Daniel Vettori, the former New Zealand cricket team captain has backed the IPL 2022 winning captain Hardik Pandya to play at number 4 position, calling him a perfect fit for that position.

The Indian Premier League (IPL) 2022 season ended with the Hardik Pandya led Gujarat Titans getting the better of Rajasthan Royals on the 29th of May at the Motera Stadium in Ahmedabad.

Hardik Pandya is one of catastrophe of the dream run for Gujarat Titans to go on and win the Trophy in what was just their first season in competition.

Hardik Pandya was released by the Mumbai Indians before the IPL 2022 Mega Auction and Gujarat took full advantage of that, bringing onboard their local lad as their first inning and was also made the captain of the team.

Hardik was sidelined throughout the last season due to injury and it was a risk to get him for 15 crore, but the team took that risk and even made him the captain. Pandya shocked everyone in the IPL 2022, batting higher-up-the-order, coming in at number 3 and number 4 and even got good success by doing.

Pandya scored 487 runs in total in the tournament. He garnered praise for performance. And now, the former New Zealand cricket team’s captain Daniel Vettori thinks that number 4 is the ideal position for Hardik Pandya, whether it’s for Gujarat or the Indian team.

While talking to ESPNcricinfo, Vettori said that if no is possible for him, it should be initiated as it is the perfect position for him. However, he also mentioned that Suryakumar Yadav has so far best fitted to that position and thus, maybe Hardik would be dropped to 5th and then Pant coming in at number 6.

“If you can fit him in at No. 4, I think, go for it. That’s the perfect position for him, said Vettori. He also said that whoever made the call to promote Hardik, deserves a compliment.