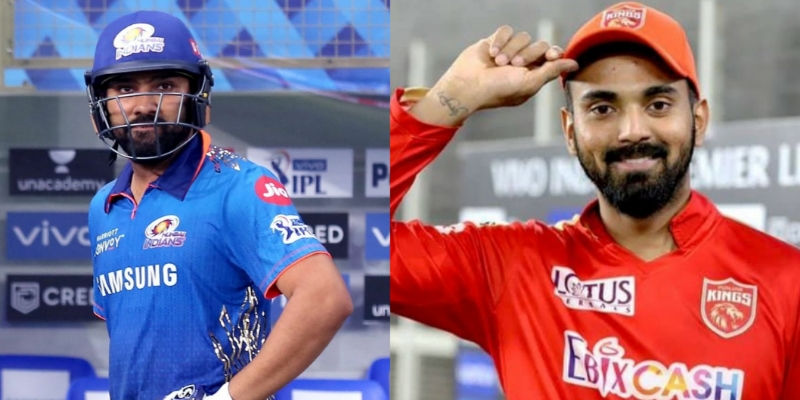 The league stage of IPL 2021 finished on Friday. Chennai Super Kings, Delhi Capitals, Royal Challengers Bangalore and Kolkata Knight Riders qualified as the top four teams. In this article, we take a look at the best playing XI of cricketers who did not qualify for the IPL 2021 playoffs.

Cricket is a team game, and even though a player is in top form, if the team does not support them, the side cannot put further steps in the competition. This has been proven multiple times in the history of IPL. The same was the case in the ongoing IPL too. Despite a few players doing well, their teams could not qualify for the IPL 2021 playoffs.

Mumbai Indians had a tough campaign in IPL 2021. The batsmen of the team struggled, and hence, the team could not exert dominance like the previous seasons. Rohit Sharma was the highest run-scorer for the franchise in IPL 2021. He top-scored with 381 runs from 13 games. Like always, his captaincy was on point and hence, makes it to this XI.

Mayank Agarwal’s credentials as a T20 opener is increasing every season. In IPL 2021, too, he came up with a few noteworthy performances. Including a top score of 99*, he made a total of 441 runs in the competition.

Appointed as the captain of Rajasthan Royals this season, Sanju Samson showed no pressure as he produced multiple memorable knocks. Although his consistency could have been better, Sanju still made a mark with his batting show.

KL Rahul is a specialist opener but for the balance of this squad, he comes in the middle-order. At the end of the league stage, he was the highest run-scorer in the competition. Kane Williamson had an off-colour campaign but he ended up with 266 runs in 10 games. He was the Man of the Match against RCB in the penultimate game for SRH. Hence, he is a part of this XI.

Kieron Pollard will be the sole all-rounder in this XI of cricketers who did not qualify for the IPL 2021 playoffs. Against CSK in India, he played an unbelievable knock. In Hardik Pandya’s absence in the bowling department, Pollard took five wickets to help out Rohit at times.

Rashid Khan took 18 wickets in 14 games and was the highest wicket-taking spinner in the league stage. Despite no support in the spin department, Rashid impressed again with terrific performances. Ravi Bishnoi, the youngster from Punjab Kings, impressed fans at various junctures in the campaign. He comes in as the second spinner in this XI.

Jasprit Bumrah, Mohammed Shami and Mustafizur Rahman will form the strong pace attack of this XI. For Bumrah, it was a rare season where he did not qualify for playoffs. For Shami and Rahman, despite doing well with the ball, due to lack of support, the duo could not help their teams qualify to the playoffs.