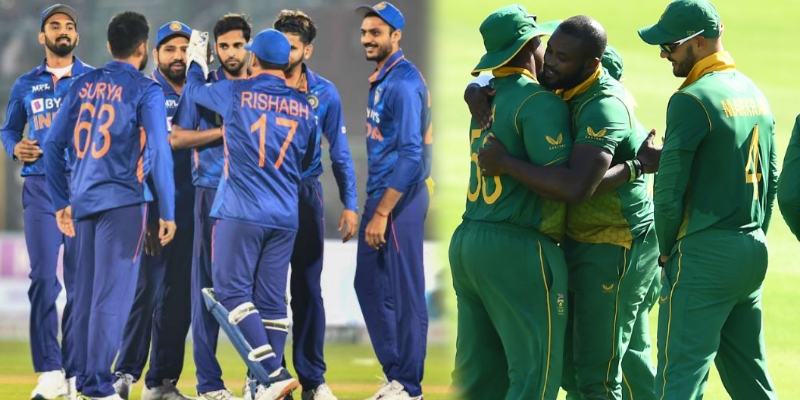 The Board of Control for Cricket in India (BCCI) has today announced that South Africa cricket team will be touring India in June after the IPL 2022 for a 5 match T20I series.

The Indian Premier League (IPL) 2022 season is currently underway in India, the final of which will be played on 29 May. Right now all the Indian players are busy representing their respective franchises, but that together as they get ready for International duty.

After enduring a heavy defeat in the Test and One Day International (ODI) series while touring South Africa earlier this year, this time, India will play host to South Africa for a 5 match T20I series.

At the same time, the schedule and the venuws for the series has also been confirmed by the BCCI. BCCI confirmed through a statement on the evening of 23 April that the first and second T20I matches to be played on 9th and 12th June and will be organized in Delhi and Cuttack, while the third T20 match of the series will be held on June 14 at Visakhapatnam.

The last two matches of the T20I series will be played on June 17 and 19 in Rajkot and Bangalore. All the matches of this series will start at 7:30 PM IST. Keeping in mind the T20 World Cup 2022, this T20 series is considered very important for both the teams.

This series could pave the way for a spot in the T20 World Cup 2022 for some players, while some players who have impressed in the IPL 2022, are also likely to get chances. While it will be a big test for captain Rohit Sharma and Virat Kohli, both of whom are out of touch in the ongoing IPL 2022.