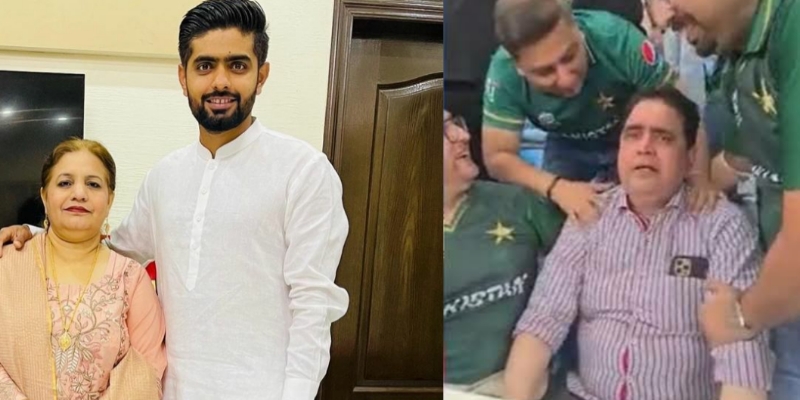 Pakistan is one of the best performing teams in the ongoing T20 World Cup. At the helm of the performances is captain Babar Azam, who has already struck two half-centuries. However, one news about him has come to light which has made the fans of cricket respect him even more. Babar Azam’s father posts an emotional note regarding the cricketer’s mother during recent India vs Pakistan game in the T20 WC.

Pakistan is on a roll in the ongoing T20 World Cup

Brimming with confidence, Pakistan won the game against New Zealand and then against Afghanistan, despite having to endure a few difficult phases of pressure in both encounters. With this performance, Pakistan has now made a place in the semi-finals of the T20 World Cup almost final. A few are even predicting that the team could go all the way and win the trophy.

Babar Azam‘s father, who was seen in tears in the stands after Pakistan defeated India, posted a note on Instagram about Babar Azam and his mother.

Instagram post by the father of Babar Azam – the mother of Babar was in ventilator when Babar played all the three matches in the T20 World Cup 2021. pic.twitter.com/YJoWQmiXfJ

As per the note in Urdu, Babar Azam’s mother was on a ventilator when Babar played against India. He was also under severe distress in the first three games of the competition. The post has gone viral and fans are raving about the commitment of the Pakistan cricketer.

“Remember The Name” – Ben Stokes reacts as Asif Ali smashes 4 sixes in 1 over to win match vs. Afghanistan
Jarvo posts hilarious message on Twitter before India’s big match vs. NZ
To Top