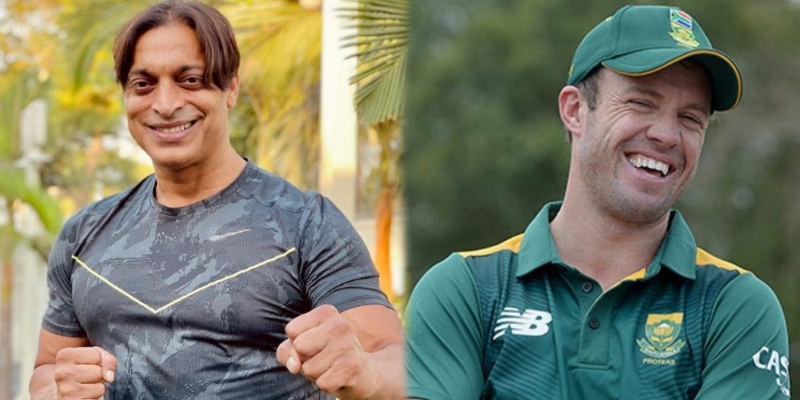 Former Pakistan fast bowler Shoaib Akhtar is arguably one of the best fast bowlers the world has ever produced and he still holds the record for the fastest delivery in international cricket, with a speed of 161.3 KMPH. More than the pace, his impact on the batsmen was unforgettable, and he bowled some serious spells for which he was highly feared among the players.

With a strong body, Akhtar had a lethal run-up and most of the batsmen were certainly intimidated by him at the crease. In fact, recently Cricket Australia shared a video of Shoaib Akhtar where Akhtar bowled a 160 kmph speed ball against Kangaroo batsman Shane Watson. Shane Watson commented on the video from his official Twitter handle, “What a way to celebrate my 21st birthday.”

Haha. Good old days! U almost broke my leg at Supersport Park in my early twenties after I decided to pull u for 6. The minute it hit my bat I knew it was a big mistake😄

Meanwhile, former South African batsman AB de Villiers also gave his reaction and admitted that it was not easy to face Akhtar’s balls. In response to which Rawalpindi Express wrote that even AB de Villiers himself has caused reasons for sleepless nights for many bowlers.

In response to which AB de Villiers, wrote that he almost bring back the good old memories and also revealed that Akhtar had almost broke his leg in his early twenties and accepted that trying to hit for a six was a big mistake.

In response to this tweet, Akhtar also shared the video where he bowled AB de Villiers on one of his short pitch balls. Both the cricketers have played a huge role for their countries in international cricket for a long time and are certainly an inspiration to the young cricketers as well.

Not every pull went for a 6 though.
Hahaha https://t.co/yGz3oETZIZ pic.twitter.com/PlxVKVRbZX