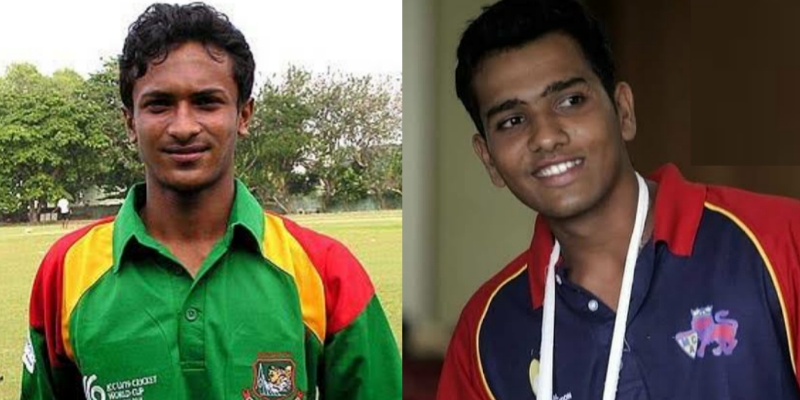 The inaugural edition of the ICC T20 World Cup happened in the year 2007, with South Africa hosting the competition. Underdogs India emerged as the champions while playing under the leadership of Mahendra Singh Dhoni. Now, after 14 years, the T20 World Cup’s seventh edition will take place in the United Arab Emirates and Oman.

Mahmudullah is the captain of the Bangladesh squad named for the upcoming T20 World Cup. The batting all-rounder, who recently retired from Test cricket, was playing for his country in the 2007 edition of the T20 World Cup as well.

Another Bangladeshi star who was a part of the first-ever T20 World Cup and will play in the 2021 T20 WC is Mushfiqur Rahim. The wicket-keeper batter was only 20 years old when he played for Bangladesh in the first edition of the T20 World Cup tournament.

The third Bangladeshi name to feature on this list is all-rounder Shakib Al Hasan. Like Rahim, Shakib was 20 years old during the 2007 T20 World Cup. Both Shakib and Rahim will be keen to bring their experience to the fore and help the Bangladesh cricket team achieve big in the 2021 T20 WC.

Many Indian cricket fans would remember that Rohit Sharma made his T20I debut in the inaugural T20 World Cup. Now, 14 years later, he will be playing the Indian vice-captain’s role in the 2021 T20 WC.

Former Pakistan captain Mohammad Hafeez is 40 years old now. But like the year 2007, he will be playing for his country in the 2021 T20 World Cup.

Like Bangladesh, there are three common players in the 2007 and 2021 T20 World Cup squads of the West Indies. First of them is pace-bowling all-rounder DJ Bravo.

The second name is of the Universe Boss Chris Gayle. The left-handed batter had slammed a century in the first-ever ICC T20 World Cup match.

The last name on this list is fast bowler Ravi Rampaul. He has made a surprising return to the Caribbean squad for the 2021 T20 WC.