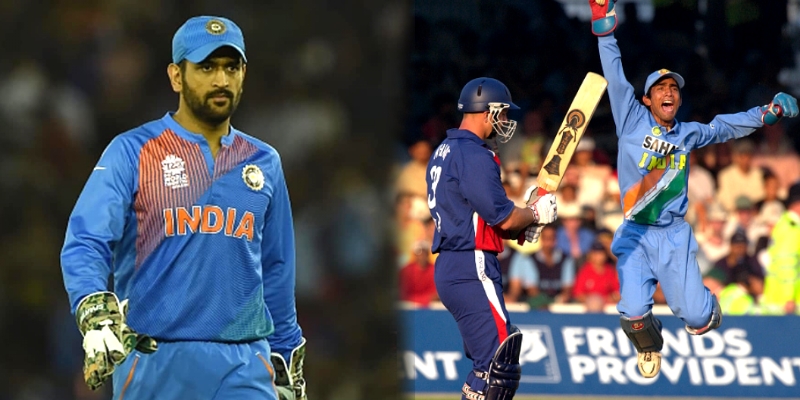 Former India captain Mahendra Singh Dhoni (MS Dhoni) is not only one of the greatest captain that the country had over the years, Dhoni has excelled with his wicketkeeping skills as well.

Ever since making his debut in the year 2004, MS Dhoni has taken no step back and retired as one of the greatest wicketkeeper batsman and captain India had. He brought success for the Indian team with calls behind the stumps and his accurate DRS calls. It was so much so accurate that people started calling DRS as ‘Dhoni Review System’.

Unfortunately, the World Cup winning captain retired from International cricket in 2019 after Cricket World Cup. But, had he not made his debut for India in 2004, where India would have been is a question today.

Today got an opportunity to the represent the Indian team after a big hard work. However, before him, the BCCI and the team management had tested several of wicketkeeper batsman, but things didn’t work for them after Dhoni came in.

Today in this article, we take a look at 5 wicketkeeper batsman who got opportunity before Dhoni tookover.

Many might even not know that Dinesh Mongia, who was mainly a slow left-arm orthodox bowler, was tested out behind the stumps. However, things didn’t work for him and was mainly played as a all-rounder in the team. He last appeared for the Indian team in 2007.

Now a expert and commentator for Indian team’s matches, former India international Deep Dasgupta was another wicketkeeper batsman tried out by the Indian team. He played only 5 ODI matches for India and scored 51 runs. He also played in 8 Test matches and scored 344 runs.

Haryana’s wicketkeeper batsman Ajay Ratra then replaced Deep Dasgupta after his terrible performance in the white ball format. Ajay made his debut for India in 2002. He made his debut in January 2002 and played his last match for India in July 2002. In that timeframe he played 12 matches and scored 90 runs. His Test career also ended that year as he scored 163 runs from 6 matches.

In the same year, i.e. 2003, after a number of unsuccessful call-ups, Team India called-up Gujarat’s left-hand wicketkeeper batsman Parthiv Patel to the team. Patel was really good behind the wickets for the Men in Blue. He was part of the Indian team as wicketkeeper for some long time. He played a total of 38 ODI matches in his career and scored 738 runs. He last played an ODI match for India in 2012.

While Patel was good behind the stumps for the Indian team, his lack of scoring rate meant kept on searching for a better keeper. As a result, Dinesh Karthik made his debut in 2004. Karthik was somewhat abled to better the performance compare to Patel. However, that very year, team India and captain Sourav Ganguly took a call to call-up MS Dhoni, who took the opportunity with his both hands and the Men in Blues have never had to look for another keeper for long with Parthiv Patel and Dinesh Karthik playing as a rotational keeper or in other roles.

3 teams you may not know played in the 50 overs Cricket World Cup
India’s iconic NatWest 2002 Final Playing XI: Where are they now?
To Top