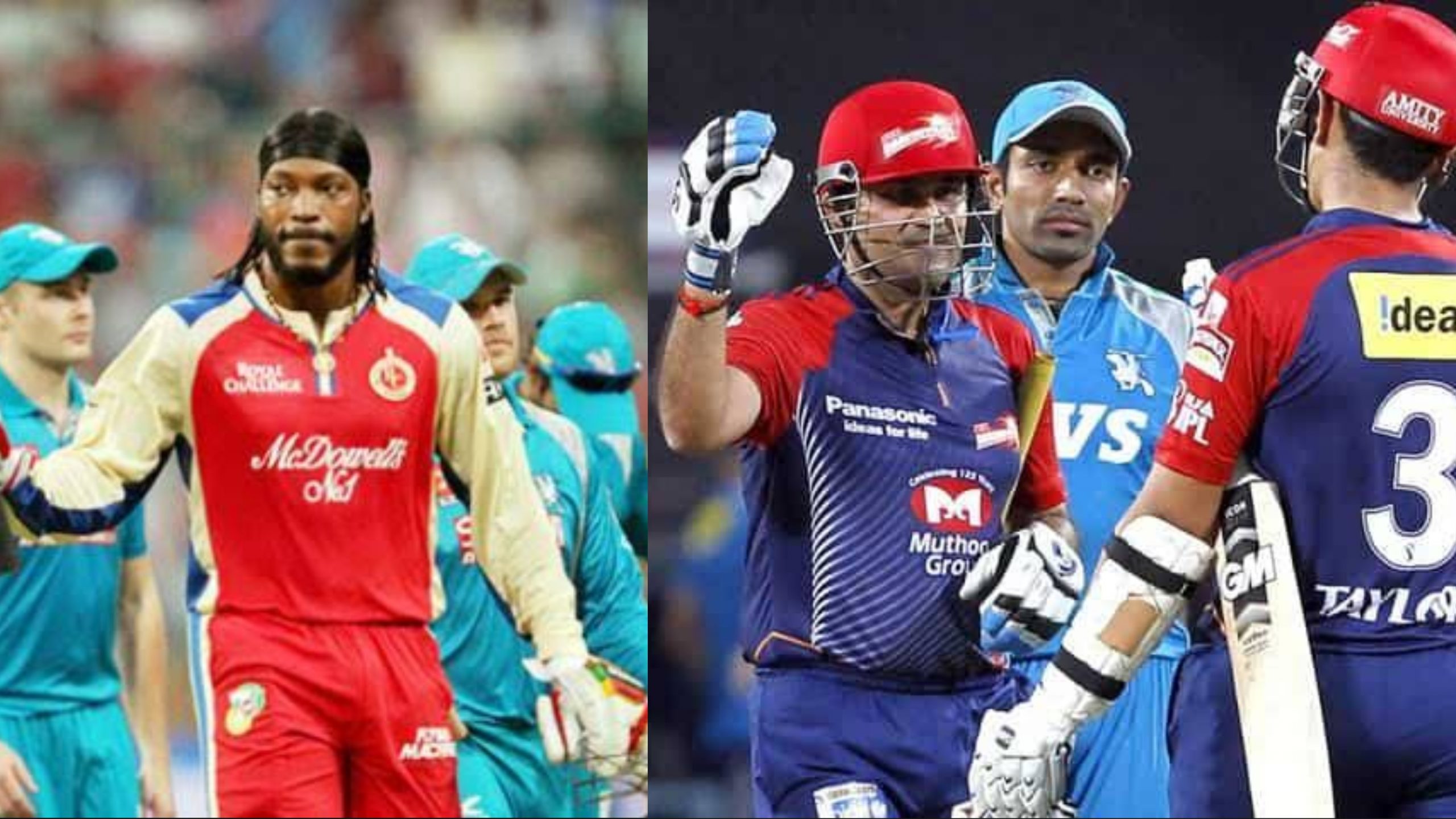 The Pune Warriors existed for a brief time in the Indian Premier League. However, the fans enjoyed watching their matches a lot. Often the matches involving the Pune-based franchise went down to the wire or were high-scoring contests.

The fans can forget the day when the Royal Challengers Bangalore scored 263 runs against the Pune Warriors. It is not that the Pune-based IPL franchise did not have a strong lineup, but their inconsistent performances hurt them a lot, resulting in Pune finishing in the bottom half of the standings every year.

The Pune Warriors were home to some great players like Yuvraj Singh, Sourav Ganguly, Ashish Nehra, Michael Clarke, Graeme Smith and others. While Pune did not achieve much success in IPL, the following batsmen were very successful against them.

AB de Villiers has retired from international cricket, but he is still firing all cylinders for the Royal Challengers Bangalore in the Indian Premier League. The South African batsman recently played a magnificent knock against the Kolkata Knight Riders in IPL 2021.

The right-handed batsman joined the Royal Challengers in 2011, the year when the Pune Warriors entered the IPL. AB de Villiers played five matches versus Pune, scoring 149 runs at an excellent strike rate of 215.74. His highest score against Pune was 50*.

Shane Watson was the cornerstone of the Rajasthan Royals franchise during his prime. He performed equally well with the bat and the ball.

Speaking of his numbers with the willow in the four matches he played versus the Pune Warriors, Watson amassed 163 runs at a brilliant strike rate of 163.36. The Aussie all-rounder recorded two fifties in four innings versus Pune.

Gautam Gambhir batted with supreme consistency against the Pune Warriors in IPL. The southpaw became the Kolkata Knight Riders captain in 2011, the year when BCCI introduced the two new franchises.

Gambhir played five matches versus the Pune Warriors, scoring 182 runs at an average of 45.50. He registered three half-tons in five innings versus Pune.

Former Indian opener Virender Sehwag was a member of the Delhi-based IPL franchise during the 2011 to 2013 IPL seasons. Sehwag was one of the two batsmen to score more than 200 runs against Pune in IPL.

Sehwag played five innings versus the Warriors, scoring 220 runs at a strike rate of 158.27. His highest score was 87*, while he whacked 25 fours and nine sixes against Pune.

Chris Gayle loved to bat against the Pune Warriors bowlers in IPL. The southpaw from West Indies played only five T20 innings against the Warriors, but he scored 383 runs in those matches, with his strike rate being 199.47.

Gayle created the world record for the highest individual score in T20 cricket with a 175-run knock against the Pune Warriors. Gayle scored one century and two fifties against the Pune-based IPL franchise. The southpaw hit 26 fours and 36 sixes in those five innings versus Pune.