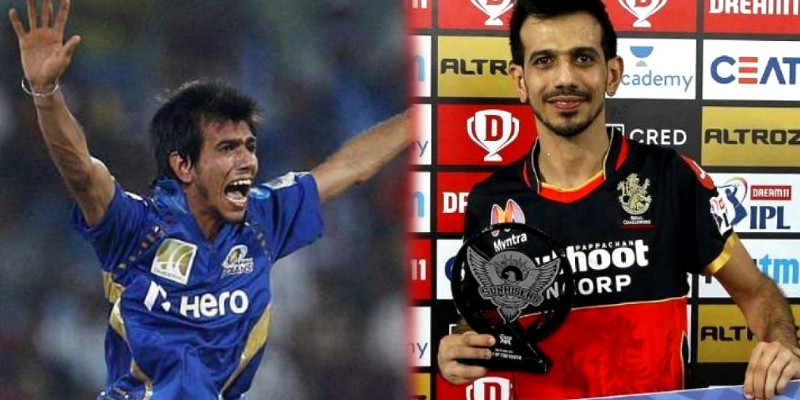 Talking about the most liked teams in the Indian Premier League (IPL) history, Mumbai Indians and Royal Challengers Bangalore definitely are on towards the top of the points table. Mumbai has five IPL trophies to its name and their captain Rohit Sharma and mentor Sachin Tendulkar are the biggest reasons for the team’s popularity.

At the same time, Royal Challengers Bangalore has popular player like Virat Kohli, due to which the team is always a topic of discussion. Often new players in the IPL aspire to play for either of these two teams because they know that if they play with these teams, they will get a chance to share the dressing room with players like Rohit Sharma and Virat Kohli.

Although, there have been many such legends in the IPL, who have had the privilege of playing for both the teams. In this article, we are going to discuss 4 such players who have played for both Mumbai and Bangalore in IPL history.

Whenever it comes to Indian leg-spinner Yuzvendra Chahal’s IPL team in the competition, everyone just thinks of Royal Challengers Bangalore. Although, very few may know that Chahal has played for Mumbai Indians before RCB. Chahal was with Mumbai Indians in 2013 and played only one match for the team. Due to the availability of Harbhajan Singh and Pragyan Ojha, he had to sit mostly on the bench. After this, Chahal was included by RCB in 2014, and was a part of them till IPL 2021.

Indian wicket-keeper batsman Dinesh Karthik has played for several teams in his IPL career, including Bangalore and Mumbai Indians. Karthik, who started his IPL career for Delhi, played in the 2012 and 2013 IPL seasons for Mumbai Indians and was part of the Royal Challengers Bangalore team in 2015. He has once returned to the team and was a star for this season.

Parthiv Patel has also played for many teams in IPL, just like Dinesh Karthik. His first team was Chennai Super Kings and last team was Royal Challengers Bangalore. Parthiv, who played as a wicket-keeper batsman, has played many seasons for Mumbai Indians in the IPL.

Although Parthiv had played for Royal Challengers Bangalore in 2014 before Mumbai Indians and after that he played three seasons for Mumbai Indians from 2015 to 2017 and finally once again he became a part of RCB in 2018. Parthiv retired from all forms of cricket in 2020.

Former Indian all-rounder Yuvraj Singh has played for six teams during his IPL career. RCB surprised everyone by buying Yuvraj Singh in the IPL 2014 auction for 14 crores, and after that, they even released him after that season. Although after this Yuvraj was part of other teams in the middle, but, Mumbai Indians included him into the squad for IPL 2019, Yuvraj got a chance to play in only 4 matches. Later, he announced his retirement from all forms of cricket.