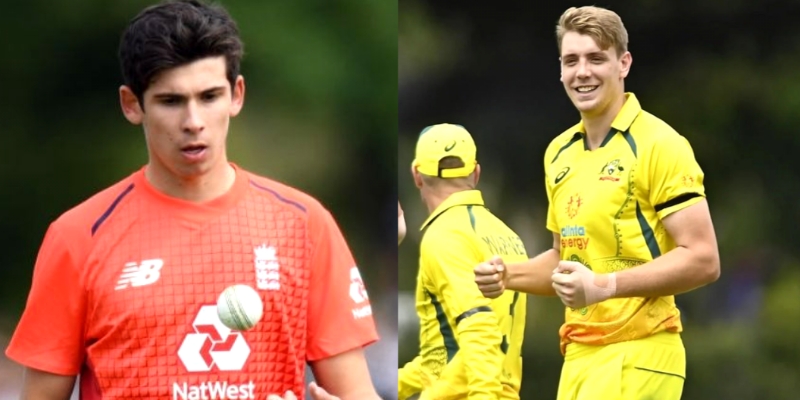 Over the last couple of years, cricket has gone on to become world’s 2nd most popular sport in the world. While in the early days teams like West Indies, Australia, England, India and New Zealand used to play the game of bat and ball, it has improved majorly and today even some of the powerhouse countries of the world’s most popular sport Football, such as Germany, Spain, Italy have all started playing cricket.

With cricket expanding in the various parts of the world, many different names are now rising to the occasion. Nowadays, quite a few players are breaking into the scene who have a surname of a colour.

Today in this article, we take a look at 4 more players who have a surname of a colour.

The very first name in our list of former West Indies cricketer Anthony Hollis Gray or simply Tony Gray. He used to play cricket for the Caribbean team during the period of 1985 till 1991. However, he didn’t had a long career due to injuries as he played only 5 Test and 25 ODIs. He took 22 wickets for 5 Test matches and 44 wickets from 25 ODIs.

The 2nd player in our list today is England youngster Patrick Rhys Brown. The 24-years-old has so far played a total of 4 T20I matches, making his debut against New Zealand. He picked up only 3 wickets from those matches and has not featured for England again after 2019.

Former Aussie cricketer Cameron White is the 3rd name in our list. Though he was a hit as a spin bowler in the early phases of his career, he is today most recognised for his batting performance. He has been a part of the IPL too playing for the likes of the Deccan Chargers and Royal Challengers Bangalore. He played 91 ODIs in his career and scored 2072 runs and scored 984 runs in his short little T20I career.

Another Aussie player and Australia’s one of the most talented and hot prospect Cameron Green is the 4th name to make it to the list. Green is touted to be Australia’s next big thing by many. He made his International debut in 2020 and has so far played all three formats for the Kangaroos. He has played 14 Tests, 11 ODIs and 1 T20I matches and has scored 723, 245 and 2 runs respectively. He is also good with the ball having taken 16 wickets in Tests, 9 wickets in ODIs and 2 wickets in T20Is.