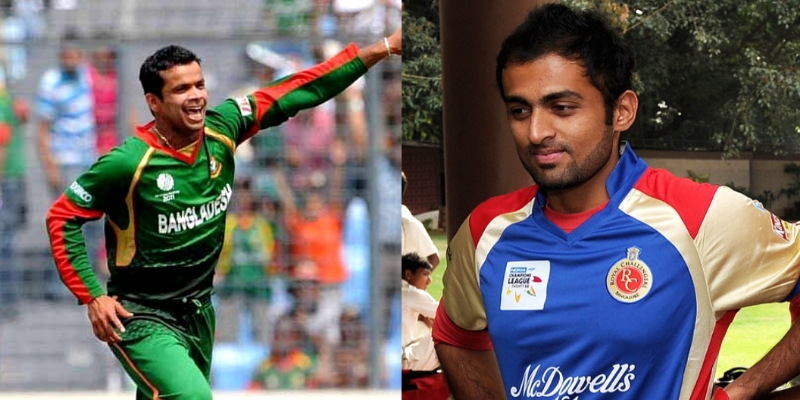 Indian Premier League (IPL) is currently the biggest T20 league cricket in the world and financially as good as some other big boy tournament. A total of 10 teams are now participating in the competition for the coveted Trophy.

The team boasts of some of top talents from India and overseas players. Players like Virat Kohli, Glenn Maxwell, Faf du Plessis are current stars of the team while AB de Villiers has been a huge part of the team in past.

RCB had so much talent over the years that some hugely talented players haven’t had a chance to establish themselves in the team. There have been some players who have done their wonders in one season and the other season they just disappeared.

Today in this article, we take a look at 4 players who played only 1 season for RCB and then vanished.

The former Karnataka and now a current Nagaland player Abrar Kazi made his Indian Premier League (IPL) debut in the year 2011 for the Royal Challengers Bangalore (RCB). However, it was a dream debut for him as he played only once against Rajasthan Royals and failed to take any wickets in 2 overs and gave away 21 runs. He was dropped from the team and then was never seen in IPL again.

Former Bangladesh cricketer and spin bowler Abdur Razzak is among the very few Bangladesh players to have played in the IPL. However, it was not a fruitful debut for Razzak as he played only 1 match and gave away 29 runs in 2 overs and failed to score any run, that was also against Rajasthan Royals.

Former Karnataka and Goa player Ryan Ninan played for the Royal Challengers Bangalore in the year 2011. The off-spin bowler played just 3 matches and took 3 wickets in those. However, after that, he never played in the IPL again and moved to Australia in 2014 for higher studies and has been playing cricketer over there only.

Rajasthan’s Rajesh Bishnoi made his IPL debut in the year 2009 for the Royal Challengers Bangalore (RCB). He played only 3 matches for the team that season and could only score 19 runs. He was dropped from the team after that and never featured in the IPL again.