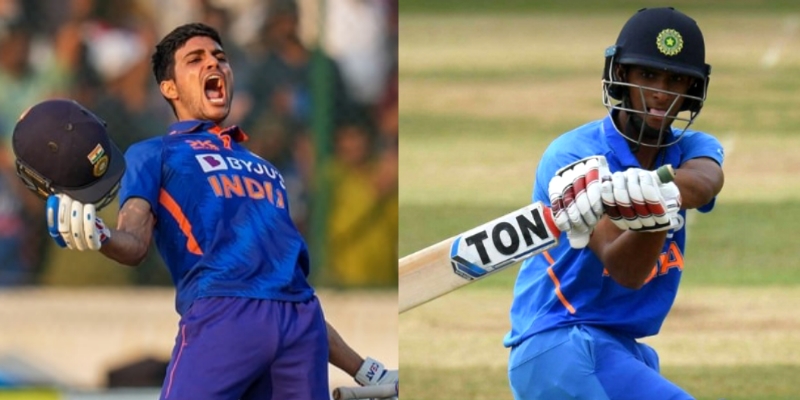 Indian cricket team’s youngster Shubman Gill has today established himself as one solid player for just the present, but also for future. Gill has been phenomenal for the Indian national team since making his debut.

Gill rose to limelight when he made the country proud in the 2018 ICC U19 Cricket World Cup. He was the vice-captain of the team and was stunning throughout the tournament, adding 372 runs beside his name in the tournament and was named the Player of the Tournament.

He made his Indian senior national team debut in the year 2019 on the 31st of January against New Zealand. He got couple more opportunities throughout his career, but he truly established himself during the 2021-2022 season.

Shubman Gill took his performance to the next level in the Indian team’s ODI series against New Zealand. In a match played at the Rajiv Gandhi International Stadium in Hyderabad, Gill scored a fantastic double hundred.

After his performance so far in the opportunity he has got for the Indian team, Gill has become an established member of the team and is likely to open the inning on long-term for the country.

The 1st player who is making it to the list is none other than Ruturaj Gaikwad. The Maharashtra batsman has already made his debut for the Indian team, but has not given a lot of opportunity. However, he has shown his ability to the world with his performance in the domestic. He is a very consistent player who has scored 4034 runs in 72 One Day matches. However, so far he has played only 1 ODI match for India and 9 T20Is.

Prithvi Shaw is another name who if performs according to his potential, could be a big name in the world of cricket. Shaw was the captain of the same U19 team that Shubman Gill was part of. Shaw made a fantastic debut for India in a Test match against West Indies. However, since then, he has been overlooked by the selectors due to some unknown reasons. He has played 53 One Day matches and has scored 2627 runs as of writing this article. He has a impressive strike rate and has scored 1588 runs in the IPL while playing for Delhi Capitals.

Tilak Varma, a youngster who has a lot to prove yet, but has looked brilliant in whatever opportunity he has had in the Indian domestic cricket while playing for the Hyderabad team. He is part of the Mumbai Indians in the IPL and garnered some praise with his performance in the IPL 2022.

What makes him a good candidate to be Shubman Gill opening partner is that he is a left-hand batsman who can smash the ball from the word get go. He has go far played 25 one day matches and has scored 1236 runs with a good strike rate. But yet, he has a lot to prove. He scored 397 runs in 14 matches for the Mumbai Indians in the IPL 2022 with a strike rate of 131.

Probably the best fit to be Shubman Gill’s opening partner at the moment is Ishan Kishan. The Jharkhand batsman has been great and is a left-hander who can bat aggressively as well. Ishan also has a double hundred to his name against Bangladesh. He has so far played 12 ODI matches and has scored 490 runs. He has massively improved his game while after joining the Mumbai Indians in the IPL.

So, these are the list of players who are quite good fit to be Shubman Gill opening partner for the Indian team after Rohit Sharma retires. But, there are more names in the Indian domestic who could overtake these bunch in the future and spring some surprise.