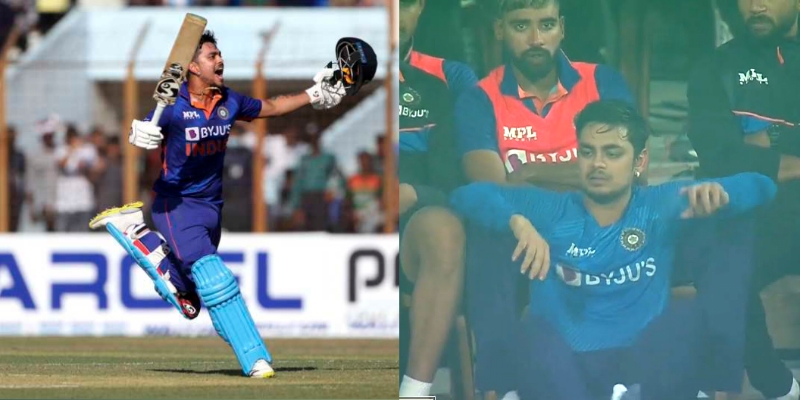 Scoring a Hundred in cricket has today become a normal affair in the game of bat and ball, whether it is a batsman scoring a hundred or a bowler scoring a hundred (with the ball you know). But, scoring a double hundred has become a momentous occasion.

While scoring a double hundred in Test matches is somewhat normal thing, seeing a player score a Double Hundred in One Day International (ODI) format of the game is such a huge achievement for a player.

And there has been 5 Indian batsman who have achieved this milestone in the ODI format. Sachin Tendulkar became the first Indian to score a double hundred in ODI format. Sehwag 2nd while the current India captain Rohit Sharma has scored double hundred 3 times in his career in ODIs.

Youngsters like Ishan Kishan and Shubman Gill became the latest names to add to the list. A double hundred means that the player certainly has huge quality, however, there has been occasions when a player was dropped from the Playing XI or from the team even after scoring a double hundred in their previous International match (Test or ODI).

Today, in this article, we take a look at 3 players who were dropped from the Playing XI despite scoring a Double Hundred in their Previous match.

Sri Lankan ace batsman Aravind de Silva is the first name in our who was dropped from the Playing XI despite scoring a Double Hundred in the previous match. It was in the year 2002 when the batter played the inning in a Test match against Bangladesh. He scored 206 runs in the match and guided Sri Lanka to victory in the match. However, he was dropped from the team after that.

Indian batsman Ishan Kishan is the latest name to join the list. The left-hand opening batsman scored his double hundred in an ODI match against Bangladesh. He scored the double hundred in the 3rd and the final match of the 3 match ODI series in December 2022. He scored 210 runs from 131 balls and was dropped from the team in the next match.