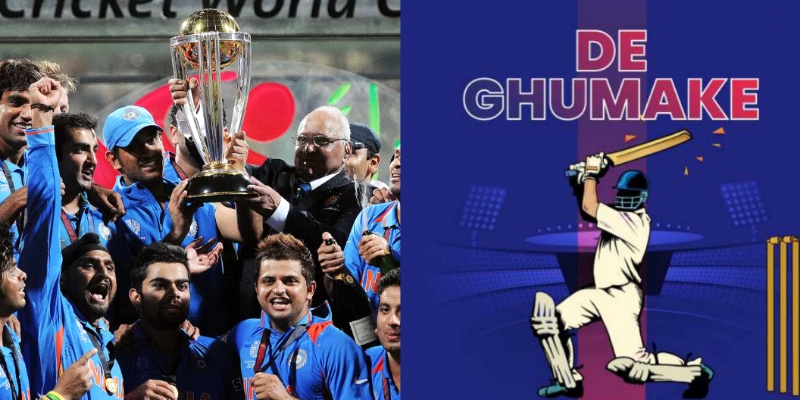 Cricket is the 2nd most popular sport in the world and the Cricket World Cup is one of the biggest sporting event of the world. Cricket World Cup attracts a large number of viewers so does the interest heats up as the advartisers line-up for the event.

World Cup is one of the most followed sporting event in the world. Australia is currently the most successful in the history of the competition having won the just the 50-overs World Cup a total of 5 times. Team India has also won the World Cup 2 times.

There is as of now 2 different World Cup events in cricket, the 50 overs Cricket World Cup and the T20 World Cup that inaugurated in the year 2007 which Team India eventually won.

While the exciting cricket do adds to the excitement, the World Cup special ads make the World Cup even more spectacle. Today in this article, we take a look at 4 memorable Cricket World Cup ads and song.

Another memorable thing about the 2011 Cricket World Cup is the the De Ghumake song which was the official theme song for the tournament. The song remained quite a famous one for the Indians even after the World Cup ended. It is still one of the most famous Cricket World Cup song.

The 2015 edition of the Cricket World Cup was another gem for the cricket fans as Australia shocked the Kiwis the win the Gold. The tournament was jointly hosted by both the finalists and the finale was held in Australia itself as the Aussies walked out as the champion. The official theme song of the tournament was Bob’s Beat. It is also counted among one of the top theme songs for the competition.

The latest addition to the list the 2019 Cricket World Cup’s Stand By song. While it is not as popular as the above two mentioned theme songs, however the song though makes everyone remember about the World Cup. It was a third time in a row that a host team won the World Cup as the hosts England beat New Zealand in a thriller that went down to the Super Over to decide the champion.