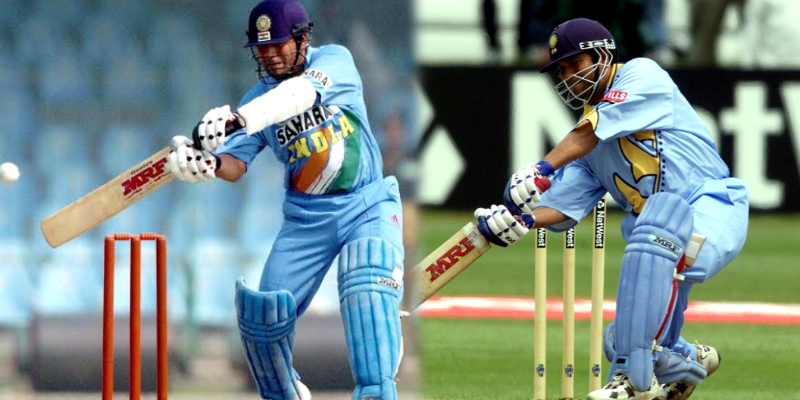 Indian cricket team is today one of the biggest cricket team in the world, boasting of thousands of players vying to play for the Country. India has proven its worth in the International stages, winning all the three ICC Trophy, the ICC World Cup, T20 World Cup and the Champion Trophy.

Getting an opportunity to play for the Indian team is a very tough task. Many taken the opportunity given to them in a single attempt, while many had several attempts to reserve their place in the team. However, there has been some players who had to opportunities to prove themselves, but couldn’t, but once their batting position changed, they became a hit.

Today, in this article, we take a look at 3 star Indian cricketers who started their career as middle-order or lower-order batsman, but were successful only when they were promoted to opening.

Sachin Tendulkar made his debut in 1989 against Pakistan in Gujranwala. In the match, Tendulkar was sent to bat at fifth position. Tendulkar could not do much in it and returned to the pavilion with zero runs. After this, after playing in the middle order for more than four years in his career, Tendulkar played a match against New Zealand for the Indian team as an opener. In that, he scored 82 runs in 49 balls and later became the greatest player of this game.

Indian explosive batsman Virender Sehwag was earlier known more as a bowler. Used to keep them for hitting in the end. Virender Sehwag played the first ODI against Pakistan in 1999. In this match, he was sent to bat at number seven. Sehwag made a run off 2 balls and was dismissed by Shoaib Akhtar. After playing down in 11 matches, he got a chance to play in the twelfth match against New Zealand as an opener. After this everyone knows what he has achieved in his career.

Rohit Sharma’s debut match was against Ireland in 2007 but he did not got a chance to bat in the match. It was a tri-series and the next match was against South Africa. In this match, Rohit Sharma bat at number seven and returned to pavilion after scoring 8 runs. After that he played at the lower order for a few years. Dhoni got him to open the inning on the tour of South Africa in 2011. After not getting much success there, he also got him to open against England in the home series and this time Rohit Sharma was successful. He scored 580 runs in 16 innings as an opener that year. Today Rohit Sharma plays as an opener for India in all three formats and is a big name in world cricket.