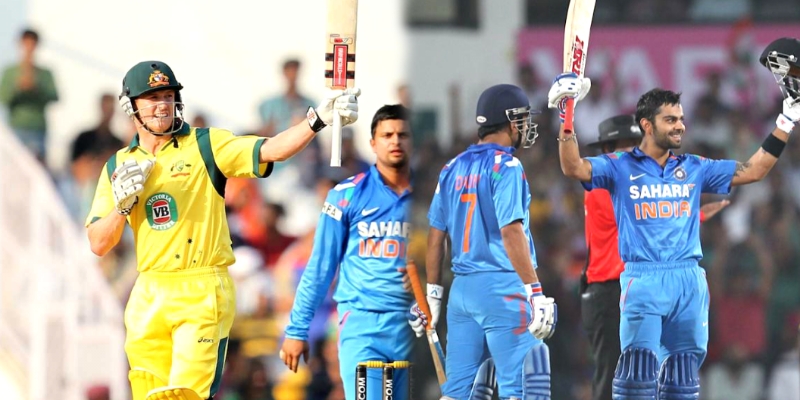 There are many records of centuries in ODI cricket which are shocking. If we talk about the batsman who holds the record for most ODI centuries, Sachin Tendulkar tops the chart with 49 centuries while Virat Kohli is right behind him with 43 ODI centuries.

On the other hand, if we talk about the most centuries in a match, then only there are two occasions when a total of four centuries were scored in a match combining both inning.

On November 10, 1998, the last match of the three-match ODI series was played between Pakistan and Australia in Lahore. Batting first, Pakistan scored 315 runs for the loss of 8 wickets with the help of brilliant centuries from Ijaz Ahmed (111 runs from 109 balls) and Mohammad Yousuf (100 runs from 111 balls).

In response to which, Australia’s ‘Man of the Match’ Ricky Ponting (124 runs not out from 129 balls) and Adam Gilchrist (103 runs from 104 balls) chased down the target in 48.5 overs for the loss of four wickets.

On October 30, 2013, the sixth match of the seven-match series between India and Australia was played in Nagpur. Batting first, Australia scored a mammoth 350/6 with the help of centuries from captain George Bailey (156 runs from 114 balls) and Shane Watson (102 runs from 94 balls).

In reply, the Indian team won the match by 6 wickets in 49.3 overs with the help of excellent centuries from Virat Kohli (115 runs not out from 66 balls) and Shikhar Dhawan (100 runs from 102 balls). Virat Kohli was adjudged man of the match for his scintillating century.