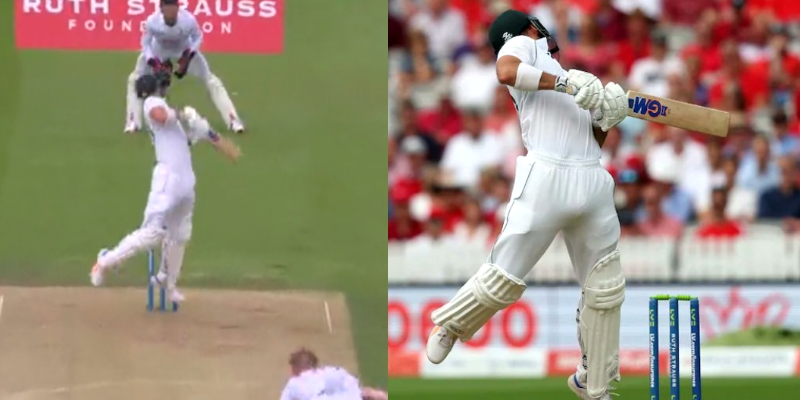 The first of the scheduled 3 match Test series between home team England and the visiting team South Africa is currently ongoing at the iconic Lord’s cricket ground in London. The match currently hangs in the balance at the end of Day 2’s play.

After an exciting limited overs series between the hosts and the visiting team, the two teams divulged into the red ball action from the 17th of August.

It was the Proteas captain Dean Elgar who won the toss and opted to field first. And, though England is quite in debate because of their so called “BazBall” tactics. However, they were absolutely dismantled by the African bowlers.

England’s batting is very much known for their Bazball strategy, but also they have faced batting woes. Once again England’s batting were in trouble, dismissing 5 wickets for 100 runs and getting them all out for 165 runs.

However, South Africa have also not done well with the bat, though, not as bad as England. They had a very good partnership for the 1st wicket before losing the balance in the middle-order. From being 1 down for 85 runs, they were down to 210 runs for the loss of 6 wickets.

But among that, England’s captain Ben Stokes pulled off an absolute peach of a delivery to get South Africa’s opening batsman Sarel Erwee, who was looking well set.

It was a fierce bouncer from the England captain right on the body, to which, Erwee had no option other than to protect himself with the bat and nicked it to the wicketkeeper. Watch the video below.

What a ripper from Ben Stokes. pic.twitter.com/3Jki4BjTHc

Talking about the match, after dismissing England for the score of 165 runs in their first inning, South Africa ended the Day 2 on 7 wickets down for 289 runs, leading England by 124 runs. Marco Jansen and Kagiso Rabada are currently on the pitch with the former not out for 41 runs.

Watch: Liam Livingstone hits a one-handed Six to complete his fifty and take his team to victory
Watch: Sanju Samson flies behind the stumps to take brilliant catch against Zimbabwe in 2nd ODI
To Top