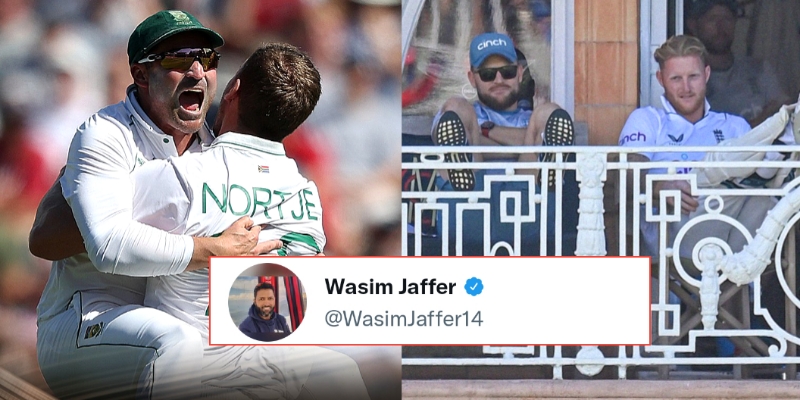 The Test series between the England cricket team vs the South African cricket team was the most awaited by the fans, especially because of how much there has been off the field talks regarding England’s new power hitting Test cricket.

After the appointment of former New Zealand captain Brendon McCullum, who is also known as ‘Baz’ by many, as the England Test team head coach, he brought in a different style of play.

While Test cricket is mainly a slow and long game format, England adopted a power-hitting style instead that was on full display against New Zealand. They dominated the Kiwis in their home series and then defeated India in the rescheduled 5th Test match.

And there were a lot of exchange of words between the South African team and the England team before the start of the Test series where South Africa captain Dean Elgar explained how they will fail ‘Bazball’ tactics.

And did they proved, ohh you bet they did that. South Africa out-mussled England in the 1st match of the 3 match series, beating them by an innings and 12 runs in just 3 days.

Batting first, England scored 165 runs, in reply to which, South Africa scored 326 runs. But, once again South Players dominated England batters, dismissing them for even lower score than their 1st inning score, 149 runs.

Taking to his official Twitter handle today after the match, Jaffer posted quoting some people’s quotes from the past saying that Bazball tactics actually comes to play in the 4th inning, but then, there was no fourth inning in the match.

"Bazball has done wonders in the fourth inns"

SA: There will be no fourth inns. #ENGvSA