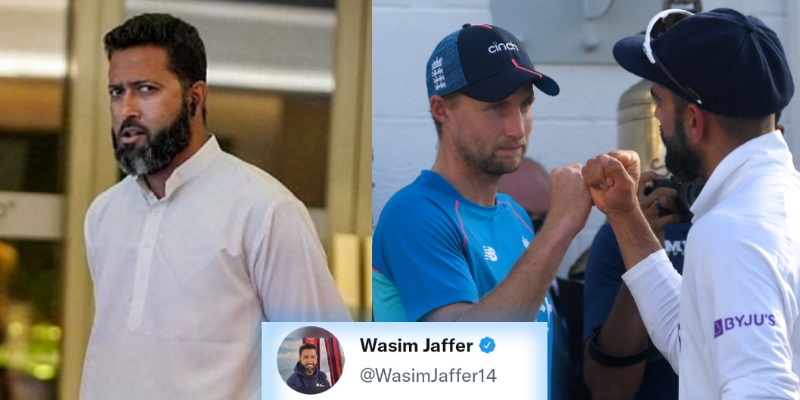 Former Indian cricket team batsman Wasim Jaffer has defended India after the fifth Test match of the ICC World Test Championship series against the England cricket team, scheduled to begin from today onwards at Old Trafford in Manchester was canceled. The England and Wales Cricket Board (ECB) made the call after the Indian cricket team was unable to field a playing XI for the match starting today.

Yesterday, ESPNCricinfo reported that there was another positive case in the Indian camp. It was not of a player, but it was of a support staff member. After that, all players underwent COVID-19 tests, where they returned negative. However, as per reports, the players need one more round of tests, and hence, they are not ready to play. There were talks of postponing the Test match, but eventually, the ECB announced that it had been canceled.

How Wasim Jaffer reacted to the India vs. England Test match getting canceled?

Wasim Jaffer has become very popular on Twitter because of his meme game and sense of humor. The former Indian batsman tried to remind the fans on Twitter that last time England had canceled a tour of South Africa because of COVID-19 and hence India had the right to do the same.

“England were within their rights back then and so are India now. If anything India honoured their commitment and completed the Oval test despite entire coaching staff getting positive during the game,” Wasim Jaffer wrote.

England were within their rights back then and so are India now. If anything India honoured their commitment and completed the Oval test despite entire coaching staff getting positive during the game. #ENGvsIND #perspective pic.twitter.com/F2LBQ8gDSA