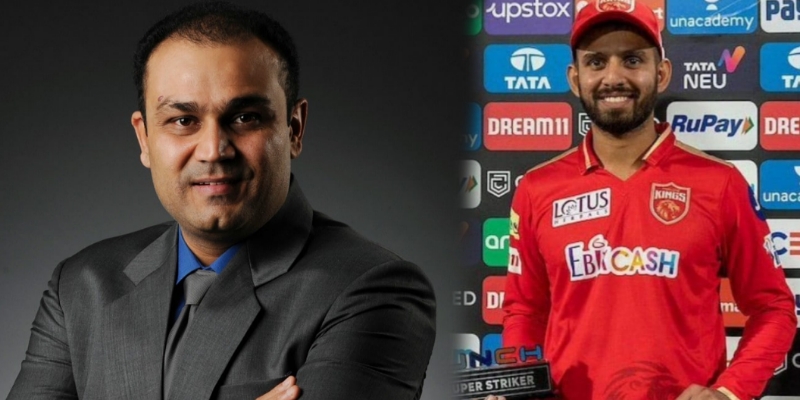 In this season of the Indian Premier League (IPL) too, many players have impressed everyone with their excellent performance, including some young players. Punjab Kings wicket-keeper batsman Jitesh Sharma is one of those names in this year’s IPL 2022. Regarding whom former Indian explosive opening batsman Virender Sehwag, through one of his statements, has suggested that he should be included in the Indian team keeping in mind the T20 World Cup.

Jitesh Sharma, who played continuously in domestic cricket for Vidarbha, had been performing well for a long time. After which he finally got a chance to play the first IPL season of his career. In which, Punjab Kings team have entrusted him with the role of a finisher and he has impressed everyone with his performance so far.

Jitesh Sharma has played 360 degree shots while facing one to one brilliant bowlers in IPL 2022 so far. Jitesh has got a chance to play in 9 matches in this season, in which he has scored 162 runs. Apart from this, in the last match against Rajasthan Royals, Jitesh played a brilliant innings of 38 runs in just 18 balls, in which, it included 4 fours and 2 sixes.

Virender Sehwag, who was considered a very aggressive batsman of his time, was full of praise for the batter. According to Sehwag, Jitesh Sharma should be in contention for the spot in the Indian team for the T20 World Cup 2022 squad.

In his statement on Cricbuzz, Sehwag said that, so far he has definitely impressed with his performance and can be sent to play in the T20 World to be held in Australia. He said that so far it has been that whoever scores runs this season, has been considered for a spot in the Indian team for world cup, and thus, so should Jitesh. He also added that Jitesh Sharma has impressed him.

“He has impressed quite a bit… So should we also include him in the Australia-bound T20 World Cup squad?” asked Sehwag.